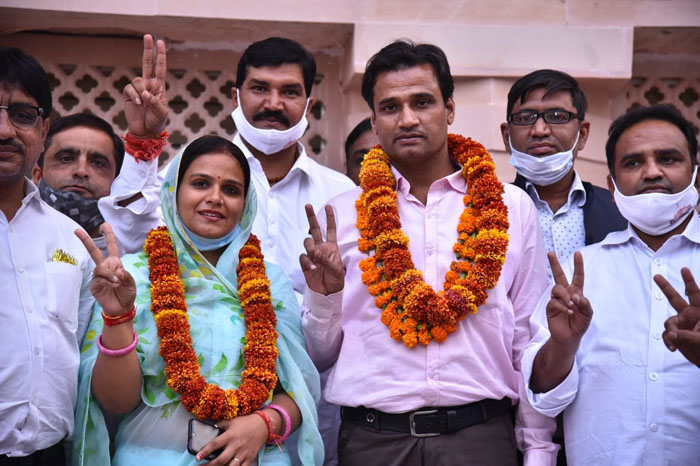 While Farooqi defeated BJP’s Mahendra Dalet by a margin of 12 votes, the Congress didn’t field its candidate in Jaipur Greater. The Congress had lost the mayor seat by a huge margin in Jaipur Heritage, so decided not to field a candidate. Farooqi got 56 votes, while his opponent got 44 votes

The election results for the post of deputy mayors were as expected in all municipal corporations in Jaipur, Kota and Jodhpur. There were no surprises.

In Kota South, Pawan Meena of the Congress was elected deputy mayor. Sonu Qureshi was declared winner in Kota North. He defeated the BJP candidate – Gyanendra Singh by a margin of 41 votes.