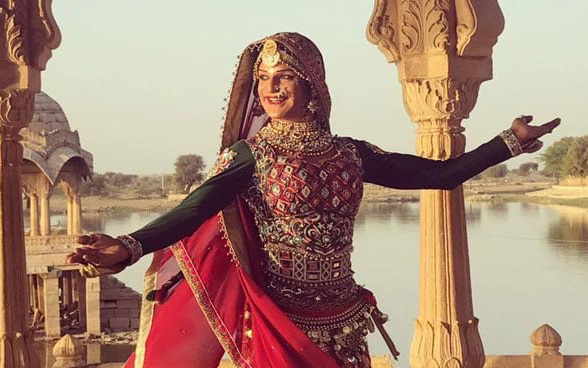 Queen Harish who died in road accident. Photo from his Facebook page.

Jaipur: Internationally acclaimed folk dancer, popularly known as Queen Harish Suthar, was among four artists who died, while their six colleagues were seriously in a tragic road accident in Jodhpur early on Sunday. A day after the accident, the community of the folk dancers and singers in the state mourned the tragedy. Harish, a resident of Jaisalmer district, used to dance in woman’s attire so he was popularly known as Queen. He had won many national and international awards.

The accident occurred near Kaprada village in Jodhpur when the group of artists was on its way to Jaipur to participate in a function. They were travelling in an SUV which rammed into a truck stationed on the roadside.

Queen Harish was a known choreographer. He had performed in many TV shows. He taught folk dance to artists in India as well as abroad.

The artists said that the death of 38-year-old Queen Harish was an irreparable loss to the country's cultural arena.