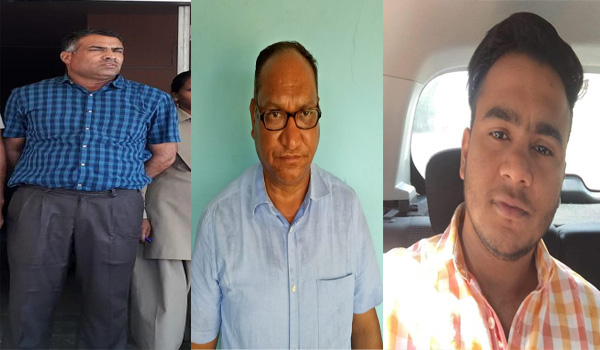 Jaipur: Rajasthan Anti-Corruption Bureau (ACB) on Thursday arrested three officials of the narcotics department of Chittorgarh, Pratapgarh and Kota for the alleged corruption in opium cultivation. The ACB busted a network of department officials brokers, the agency officials said.

Sudhir Yadav was posted in Pratapgarh, Bhanu Pratap in Chittorgarh, Praveen Singh in Chittorgarh and Ramvilas in Kota. The ACB team arrested the four officials while they were in a car on Wednesday. The team carried out searches at different locations simultaneously and busted the racket on Thursday, said, officials.

ACB investigation revealed that after the Sahiram Meena trap case earlier this year, Pramod Singh was posted as deputy commissioner of marcotics department in place of Sahiram.

Pramod Singh constituted a team of four officials including Sudheer Yadav, Praveen Singh, Bhanupratap Singh, and Ramvilas Meena. Their work was supposed to oversee the opium process and production in the respective villages by the farmers.

ACB alleges that the team used to demand bribe from farmers with the help of village pramukh Chagan Jat, a residence of Kapasan near Nimbahera police station area in the case.

ACB officials are further investigating the case. The officers did not rule out the possibility of involvement of other officials and people in the case.