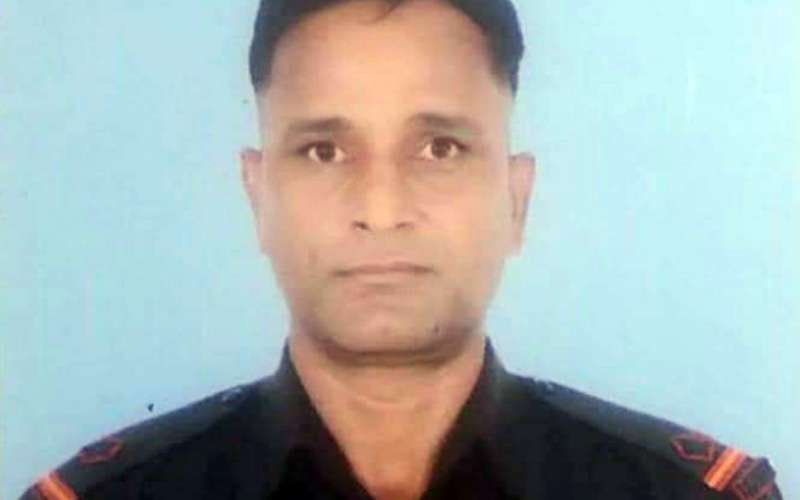 JAIPUR: Subedar Rajendra Prasad Bhambu, was among the three army jawans who were martyred in a terror attack in the Rajouri area of Jammu and Kashmir early on Thursday. Rajendra was a resident of Maligaon in Jhunjhunu.

The family members were busy preparing for his daughter’s wedding that was to take place in November. They were inconsolable when they heard the news of his martyrdom.

Rajendra Prasad had visited his family last month and was supposed to get leaves soon so that he could come to the village and help with preparations for his daughter’s wedding.

The villagers grieved the news of the loss and said that Rajendra was a true patriot.

“Whenever he visited the village which was not very often as he didn’t get many leaves, he would try helping the villagers. His daughter got engaged two months ago. He was very happy and was looking forward to returning soon so that he could make preparations for the wedding,” said a villager.

He is survived by his wife and three children including two daughters Priya and Sakshi and a son Anshul. Many members of his family have served in the army including his father Badru Singh.

Subedar Rajendra Prasad and two other jawans had got seriously injured in a terror attack. They neutralised two terrorists who were on a suicide attack.