Nearly 400 shops are being demolished. 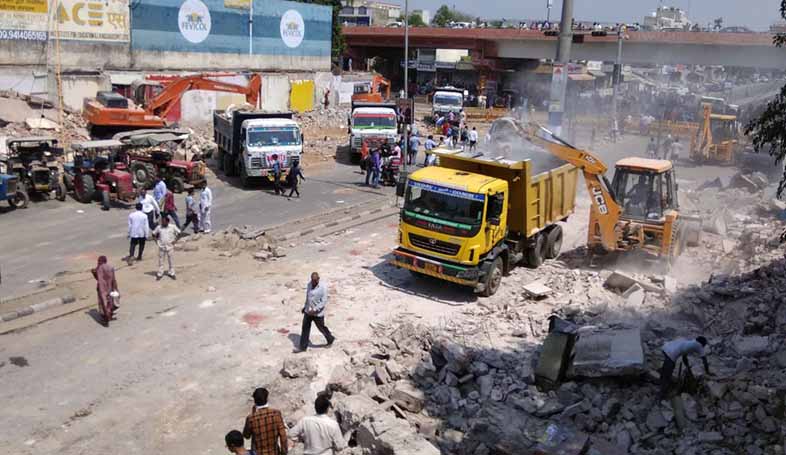 More than 400 illegal shops and houses are to be demolished under the drive to make the road 160 feet-wide. Anticipating protest from local shopkeepers and traders, the JDA roped in more than 300 policemen. It is considered to be one of the biggest ever actions against encroachers in the city.

The anti-encroachment wing had made all the preparations including setting up machinery to remove encroachment on Tuesday night. JDA Zone – 4 and Zone – 5 had served 215 notices on encroachers before launching the drive on Wednesday. 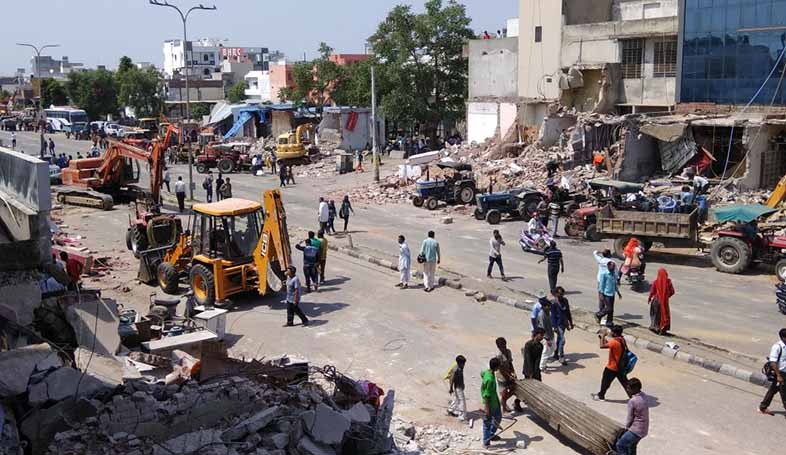 Over a dozen earth moving machines were used to remove the encroachments.

The local traders were protesting the drive. They alleged that the shops were nearly 25-year-old and bread and butter for more than 700 families. The shops had been bought from cooperative societies. They demanded shops in commercial areas in compensation.