Another parking space to be developed at Ram Niwas Bagh 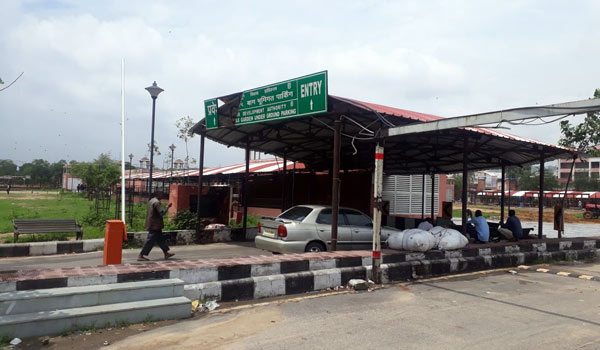 Jaipur: The Rajasthan government will develop another parking space at Ram Niwas Bagh for shoppers and traders to park their vehicles when visiting the crowded Walled City markets. The new parking will accommodate about 1000 vehicles, sources said. The government will spend up to Rs 100 crore for the development of this two-storey parking building.

The decision to develop parking space was taken in the wake of the Walled City being declared a World Heritage Site by the United Nations Educational, Scientific and Cultural Organization (UNESCO).

The first parking space had been launched last year. The project has received a good response despite traders protesting over high parking rates. The second parking space will further ease traffic congestion in the Walled City markets, JDA officials said.

The new parking will be built adjacent to the old parking building. The authorities have earmarked the space with a width of 26 meters and length of 245 meters for the new parking.

“The parking was proposed in 2013, but it was not needed than. Now we feel that the second parking space has become important in the wake of the city being declared a World Heritage Site,” said a senior JDA official.

The authorities are planning to declare the Walled City a no-parking zone in the near future.

UDH minister Shanti Dhariwal had conducted a meeting on January 4 and gave a green signal to the expansion of the existing parking space.

The Jaipur Development Authority decided to increase the rates for underground parking at Ram Niwas Bagh (Garden) in Jaipur and issued a notice regarding this on December 17.

People who park their cars for 24-hrs in the basement of Ram Niwas Garden will be charged Rs 4000 per month. The new charges will be applied from January 1, 2019, the notice said.

However the increase was withdrawn following the protest.