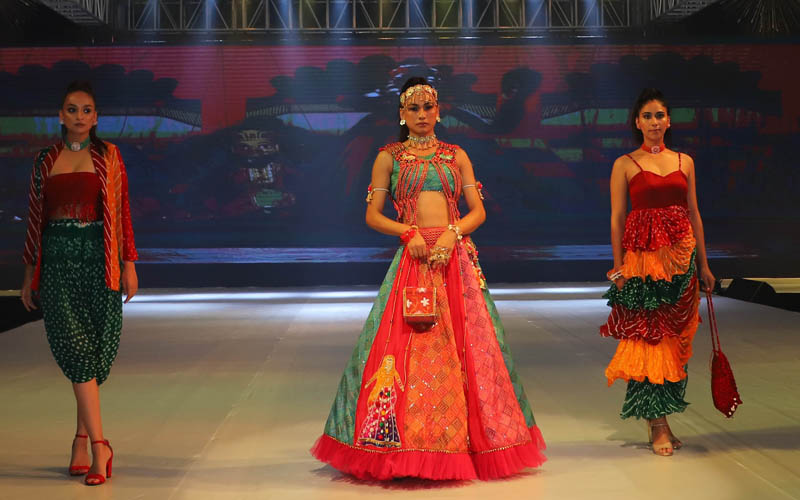 Jaipur: The students pursuing fashion designing courses at Poornima University got the opportunity to showcase their talent in the presence of eminent personalities of the fashion world. In the annual fashion show ‘Poornima Trends’, models flaunting beautiful theme-based collections created by these students walked the ramp.

The show was organized at Hotel Clarks Amer by the Faculty of Design and Arts of Poornima University (PU). During the show, designer wears created by the graduate batch as well as second- and third-year students of the university were showcased. 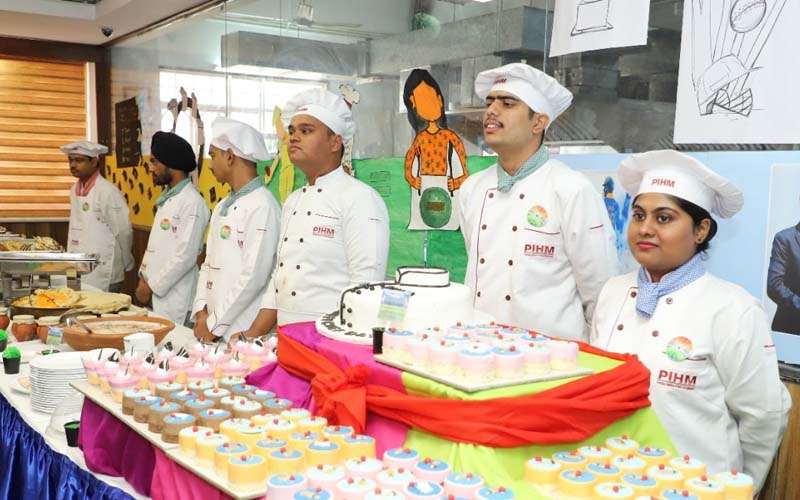 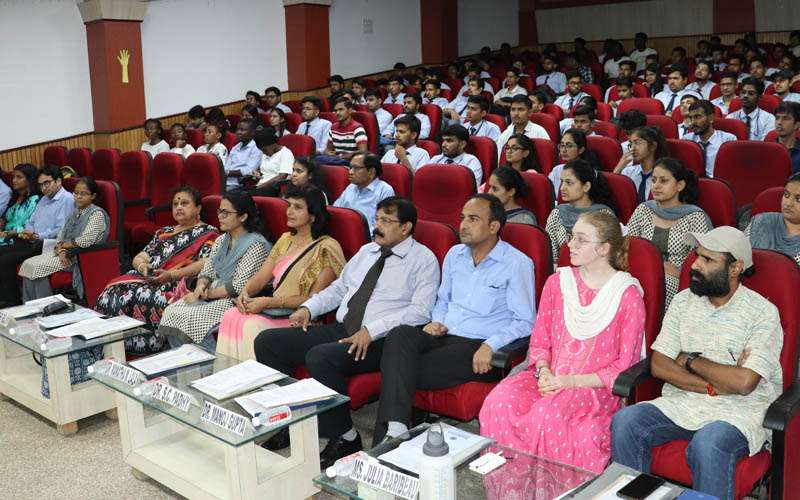 The show started with the Marine Madness sequence. Based on Aquatic Marine Life, the outfits in this collection preferred aqua blue colour, which featured fishes, undersea and other aquatic elements.

This was followed by a display of the Modern Marinates Collection inspired by Rajasthani puppet art. In this, the modern combination of Rajasthani clothes done with traditional puppet art was liked by the audience.

In another sequence of RSHDC, the ethnic wear of women and men was showcased. These handloom garments, provided by RSHDC under the tie-up of RSHDC and Poornima University, were specially designed by the students of the University.

After this, colourful costumes inspired by flowers and nature were displayed under the theme of Flowernza. Similarly, through the peaceful mayhem sequence, a positive message was given towards mental issues like stress, depression and anxiety. The costumes of the Precious Lotus sequence were inspired by Mahatma Buddha and the lotus flower, with yellow and pink colours being given priority.

A dance presentation also enthralled the audience during the show. It was presented by the children of Poornima Pathshala NGO. The Academic Awards for Most Creative Collection, Best Social Awareness Concept, Best Apparel Design and Most Impactful Collection were presented to the students by Chief Guest Sushma Arora.

Follow @ThePinkcityPost
Click on the following link(s) to find the latest & related stories on: Fashion Show in Jaipur > Poornima University