Anandpal Singh’s daughter, Rajput leaders among those booked for violence in Sanvrad 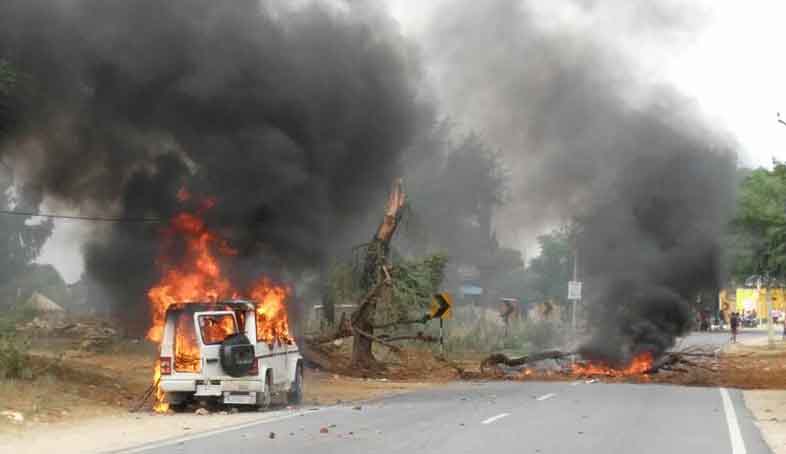 Jaipur: The state government has taken a tough stand against the people who indulged in violence in Sanvrad village that claimed the life of one man and left 32 others, most of them policemen, injured on Wednesday.

Anandpal’s daughter Cheenu who is currently in Dubai, 11 senior Rajput community leaders are among people against whom FIRs have been registered. The accused have been booked under 22 different sections of IPC including those pertaining to misbehaving with a woman police office, inciting the mob, attempting to murder policemen, robbing police weapons, damaging government property, arson and uprooting railway tracks.

A mob of thousands of people had gone on a rampage at Sanvrad of Nagaur district, after a public meeting and protest rally organized against the police encounter of Anandpal Singh.

A man, Lalchand Sharma, was killed while 32 others were injured. The police had to open fire at the mob when protestors indulged in pelting stones and attacking policemen. The protestors injured an IPS officer and snatched away an AK-47 guns and other weapons from policemen. They even tried to torch a train and uprooted railway tracks.