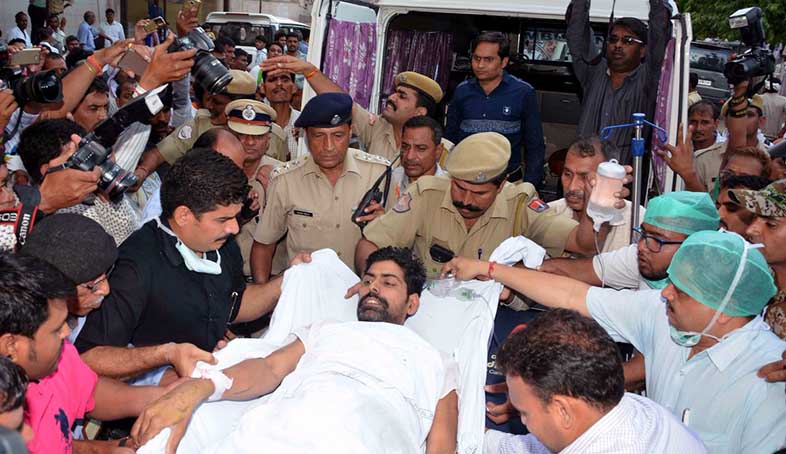 Jaipur: Sohan Singh who played a major role in gunning down the notorious criminal Anandpal Singh in a police encounter on June 24 is battling for life as his condition has deteriorated. He is being airlifted to a hospital in Gurugram (Gurgaon) for critical care.

According to the doctors, the infection has spread to lungs and the body has grown non-responsive to medicines. He is also suffering from septicemia.

Sohan Singh was admitted in the ICU of SMS Hospital since he sustained bullet injuries from shots fired by Anandpal in Malasar village of Churu on June 24.

“His condition has deteriorated, so he has been referred to a Gurgaon hospital,” said a senior police officer.

Sohan Singh was instrumental in the successful police encounter of Anandpal Singh who had a history of opening fire on policemen.

“Anandpal was armed with two AK-47 guns and 200 bullets. Sohan Singh fired at him when he didn’t surrender even after being asked for the same for at least 10 times. A second’s delay could have jeopardize the life of SP Rahul Barhat and four other policemen when the bullets were being exchanged between Anandpal and emergency response team of the police,” said a senior police officer.