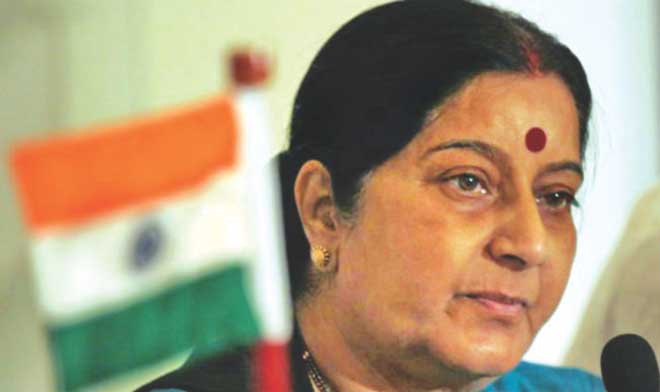 New Delhi:  Amazon, the world’s one of the biggest ecommerce companies, tendered an apology for the sale of Indian flag-themed doormats on its Canadian website. A senior Amazon official wrote to Foreign Minister Sushma Swaraj, saying the company didn’t intend to offend Indian sentiments.

“Amazon India is committed to respecting Indian laws and customs. To the extent that these items offered by a third-party seller in Canada offended Indian sensibilities, Amazon regrets the same. At no time did we intend or mean to offend Indian sentiments,” Amazon India vice president Amit Agarwal wrote to Sushma Swaraj.

The sale of Indian-flag themed doormats kicked up a controversy after a Tweeter user drew attention of Sushma Swaraj to the fact that Indian flag-themed doormats were up for sale on the website of Amazon Canada. The user sent her a screenshot of the items being sold on the website.

Swaraj took to Twitter and demanded an unconditional apology. She asked the ecommerce gain to withdraw all products insulting the flag.

She warned that Amazon officials would not be granted Indian visas.

“Amazon must tender unconditional apology. They must withdraw all products insulting our national flag immediately,” the External Affairs Minister had tweeted.

“If this is not done forthwith, we will not grant Indian Visa to any Amazon official. We will also rescind the Visas issued earlier,” she said in another tweet.