Panic gripped a slum area living below Amagarh Ki Pahadi after stone came crashing down the hills. Many homes were damaged. Many homes have been built at the foothills. People were inside the homes when the mishap occurred. 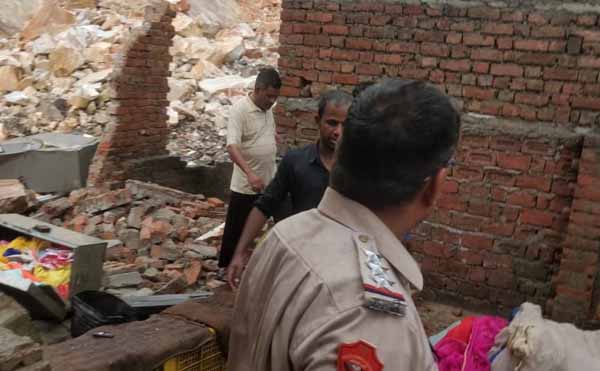 Houses damaged as Amagarh hills in Transport Nagar caves in.

Jaipur: Amagarh Ki Pahari in Transport Nagar area caved in on Sunday, causing stones to crash into a slum area at the foothill. Many houses have been damaged, according to criminally reports. One person is reported to have been killed, while several others injured. The hills caved in due to incessant rains which inundated most parts of the city on Sunday. Panic gripped a slum area below Amagarh Ki Pahadi after stone came crashing down the hills. Many homes at the foothills were damaged. People were inside the homes when the mishap occurred. Rescue teams rushed to the spot to launch a rescue operation. Senior police and administration officials also arrived at the spot. 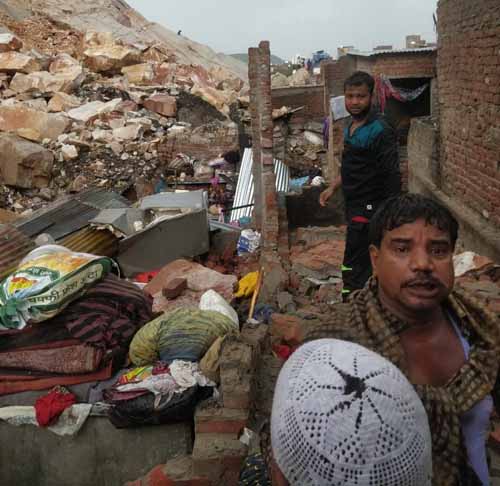 Man at the house damaged in hill cave in in Transport Nagar.

There were reports of causalities; however police and administration was yet to confirm this. Some injured people were rushed to nearby hospitals for treatment. While rains and pleasant weather led people to picnic spots in the city, there had been mishaps as well. Rains started in the city around noon and continued till late evening. Many areas reported heavy rains. There was no warning from the Met department in this regard. (It's a developing story and will be updated)
Follow @ThePinkcityPost