Amagarh Leopard Safari: All you need to know 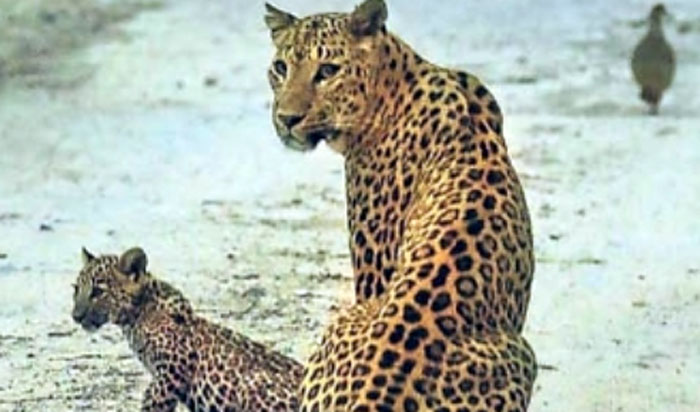 Jaipur: The city is gaining popularity as a major wildlife destination. Already known for leopard safari in Jhalana, elephant safari in Amer and lion safari at Nahargarh Biological Park, Jaipur has added a new wildlife hotspot – Amagarh Leopard Safari. The online booking for the Amagarh leopard safari has already begun, according to a forest department official and the safari will begin on May 23.

Amagarh wildlife sanctuary features more than 20 leopards that the tourist will be able to see in their natural habitat. On International Biological Biodiversity Day, Rajasthan Chief Minister Ashok Gehlot laid the foundation stone of Amagarh Safari virtually. During this, Chief Secretary Usha Sharma, Forest Minister Hemaram Chaudhary and top officials of the Forest Department were present.

Chief Minister Ashok Gehlot said that Rajasthan has gained recognition as a major wildlife destination in the world. Now, the state features three Leopard Safari destinations, two of which are in Jaipur alone.

The opening of Leopard Safari in Jaipur will have a positive impact not only on the wildlife but also on the tourism sector.

According to forest department officials, after the inauguration, safari will be started for the tourists. Online booking has already begun. Initially, tourists will be taken on a leopard safari in two shifts in Amagarh Leopard Reserve. The timing will be from 5.30 am to 8 am and from 4.45 pm to 7.15 pm.

The entry into the reserve for tourists will be from a gate near the Vipassana center of Galta. The Forest Department has made three routes in the Amagarh Leopard Safari in a forest area covering 6.36 sq km. It has two bigger routes and one minor route. After the launch of this safari, Jaipur will be the first city in the country to have four safaris in the coming few months. Elephant safari is going on now. Tiger safari will also start soon.

The Amagarh Leopard Reserve is spread over an area of ​​16.36 square kilometers in the hills of Galta on Agra Road. A 12 km long safari track has been prepared by the Forest Department in Leopard Reserve. At the same time, seven water points have been built for wildlife where tourists will be able to spot leopards from May 23.