Dharmapal Choudhary was a prominent Jat community leader in Alwar area. He has been a legislator thrice after winning assembly elections in 2003, 2008 and 2014 back-to-back. 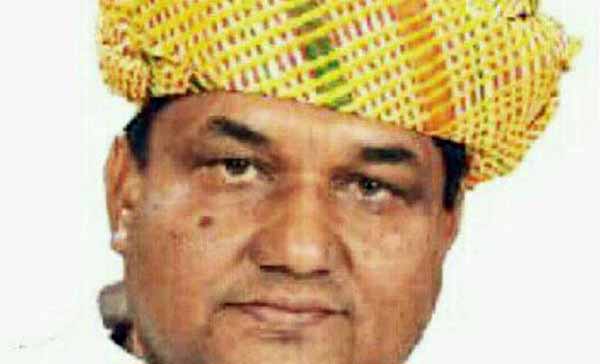 Jaipur: BJP MLA from Mundawar constituency in Alwar district – Dharampal Choudhary – died of cardiac arrest on Thursday. According to preliminary reports, he was suffering from chest pain and had been admitted to Medanta Hospital in Gurugram for the past few days.

The untimely death shocked the BJP as two of its legislator – Kirti Kumari and Kalyan Singh Chouhan and two MPs – Sanwar Mal Jat and Mahant Chandnath – have passed away over less than a year. The BJP suffered humiliating defeat in by-elections conducted following the deaths of these veteran political leaders.

According to reports, Dharam Pal Choudhary breathed his last around 3 am on Thursday. His body is being brought to Jat Behror, his native village, for last rites.

I met with him three days ago at Medanta hospital… talked to his son about his health… the family members and doctors did a lot of efforts to save Sh Choudhary. https://t.co/DmWfmK2dLL

Dharampal Choudhary was a prominent Jat community leader in Alwar area. He has been a legislator thrice after winning assembly elections in 2003, 2008 and 2014 back-to-back. During the previous BJP government, he was a minister of state in the cabinet. Dharampal Choudhary had been the president of Jat Mahasabha from 2000 to 2014.

Dharampal Choudhary was born in Jat Behror village in Alwar district on July 4, 1954. He completed his senior secondary education from Government Senior Secondary School in Behror. He is survived by his wife Bimla Choudhary, two sons and a daughter.