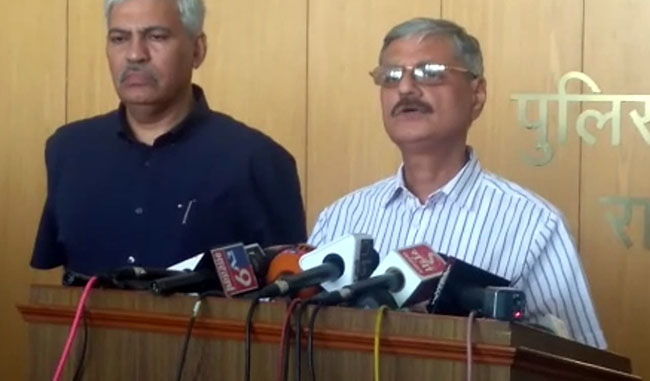 Jaipur: The Rajasthan government has put SP Alwar Rajeev Pachar and suspended Thanagazi SHO Sardar Singh for the alleged negligence in the case of gang rape with a dalit woman in front of her husband by five youths in Alwar district last month. The SP himself was put on awaiting posting orders by the Rajasthan government.

The police have arrested the main accused, identified as Indraj Gurjar – a resident of Pragpura, while the hunt is on for four other suspects. Four other policemen were also removed from active duty and sent to reserve lines pending further enquiry.

Senior police officials said that action would be taken against those who shared the video on social media platforms.

The incident took a political color with the BJP accusing the Congress-led state government of deliberately hushing up the matter to avoid backlash before the voting for the Lok Sabha elections.

“The chief minister should resign. The government, police and administration are insensitive even 12 days after the incident,” Saini told media persons.

The committee is in Thanagazi and will visit the victim and her family.

The incident happened on April 26 when the victim was on her way home with her husband on thanagazi-Alwar bypass. Five youths on two bikes intercepted the husband’s bike and took them to a nearby isolated area. The youths were in their mid 20s.

They beat up the husband and then tied him up. The five men gang raped the woman while the husband witnessed the horrifying ordeal. The victim told the police that the accused men were addressing each – other with names including Chhote Lal alias Sachin, Jitu and Ashok.

“They made a video of the gang rape and made it viral on WhatsApp and other social media platforms. They threatened the victim that they would murder her husband if she told anyone about the incident,” said a police officer.

The woman was scared and didn’t approach the police for five days. She finally registered a complaint.