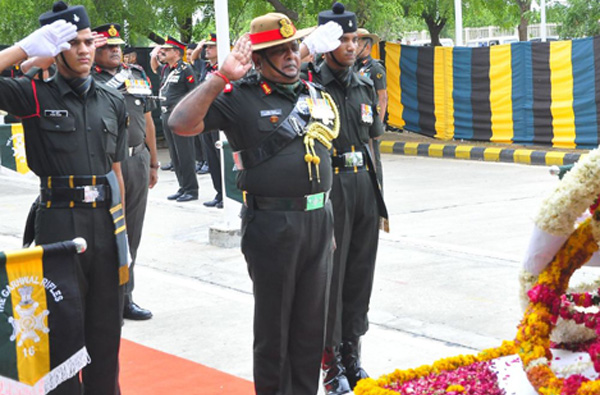 Jaipur: CRPF jawan Ajit Singh who was injured in a Naxal attack in Chhattisgarh a few days ago passed away on Tuesday. His body was consigned to flames with army and state honours in his native village – Gandala – in Alwar district of Rajasthan on Wednesday. Ajit had sustained bullet injuries in an encounter with Naxals on February 10. He was undergoing treatment and succumbed to his injuries on Tuesday. Hundreds of people attended the last rites performed in his native village.

Two sons of the martyr – Ashish Yadav (20) and Abhishek (16) – lit the pyre. Tears rolled down their cheeks as they bid farewell to their father. The body arrived at the village on Wednesday morning. The youths of the village took out a bike rally as the body was being taken to the cremation center. Local MLA Baljit Yadav, Congress leader RC Yadav, BJP leader Mohit Yadav, Suresh Yadav, CRPF IG Abhayveer Singh were among the several public representatives, bureaucrats and police officials who attended the funeral of the martyr.

Ajit Singh joined CRPF in 1994. He is survived by his wife and two sons. The news of his death saddened the villagers.