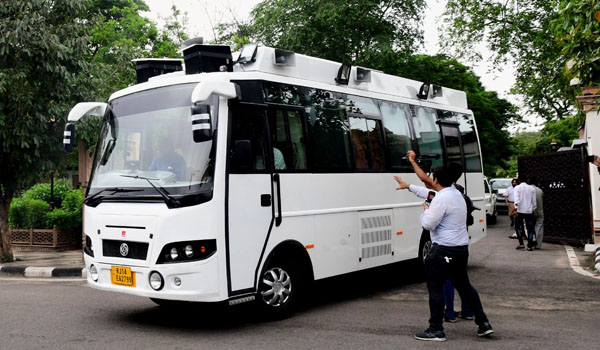 Jaipur: Rajasthan BJP is all geared up for chief minister Vasundhara Raje’s Suraj Gaurav Yatra ahead of the upcoming assembly elections in the state.

The tour will be kicked off from Charbhuja Ji temple in Rajsamand district on August 4. The BJP’s state unit believes that the yatra will energize workers at the grassroots level. The schedule of the yatra has been finalized. Chief Minister Raje will be on a tour of Jaipur division from September 16 to September 20.

In Udaipur, Raje will cover a distance of nearly 886, visiting 23 assembly constituencies and conducting 18 public meetings across the division till August 10.

All the preparations have been completed, said a senior BJP leader adding that cabinet ministers have been assigned the responsibility of ensuring its success in various divisions.

After starting from Charbujanath temple in Rajsamand District on August 4, the tour will cover JK Stadium in Kankroli. CM Vasundhara Raje will also visit the Dwarkadish temple in Kankroli and then leave for Nathdwara in Rajsamand. She will address several public meetings along the way.

After Udaipur, the yatra will move to Bharatpur division.