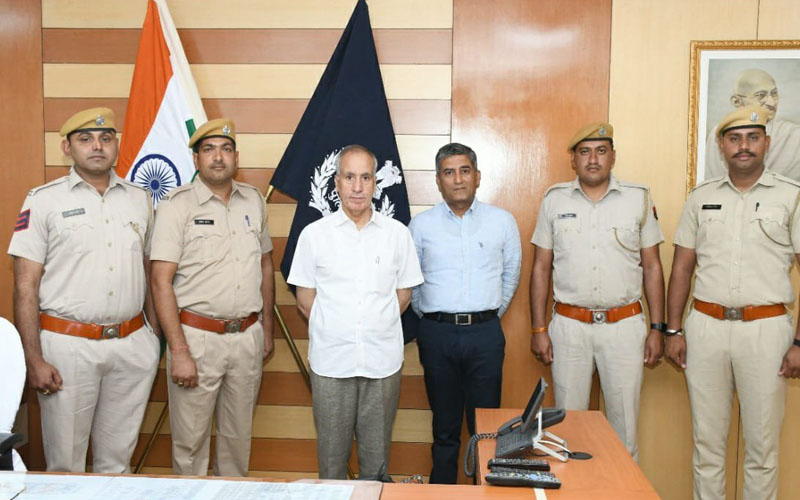 Jaipur: Suspected Al-Suffah extremists who were arrested in Nimbahera area of Chittorgarh district were produced in a court in Chittorgarh on Friday. They were brought to ATS headquarters in Jaipur where they are being interrogated. MP’s Ratlam police has also arrested three men including the mastermind Imran and handed them over to Rajasthan ATS for further interrogation.

The ATS headquarters in Jaipur has been turned into a fortress. Armed policemen have been deputed for security. Sources said that several Al-Suffah suspects are under surveillance and the entire force of Rajasthan ATS and SOG is carrying out searches throughout the state with help of local police to bust the network.

The Rajasthan police had in Nimbahera arrested three men, Saifulla, Altamash and Zubair – all belonging to Ratlam district, and allegedly seized explosives weighing about 13 kg from their possession. They were intercepted at a police outpost.

After it came to light that they belonged to Ratlam, Madhya Pradesh police also swung into action. Sources said that the mastermind, identified as Imran, was already under the radar of security agencies. He had been allegedly active since 2014 and even planned to go to Syria, but was arrested. He remained behind bars for a year.

Sources also said that over 100 people are being quizzed by the ATS of Rajasthan police and Madhya Police in different locations. Some people have been detained in Rajasthan, but there was no official confirmation of this.

It is suspected that those arrested in Chittorgarh were planning to carry out a terror attack with help of another group of the same organization. They were allegedly targeting some locations in Jaipur.