According to the reports, a class 10th girl student slit her wrists. After that, she hung herself to death. Police have found that the girl was playing an online game ‘The Momo Challenge’. This came to the light after the cops checked the Internet browsing history in the girl’s mobile phone. 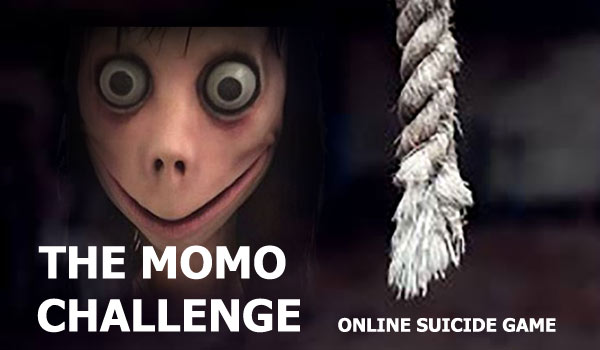 Jaipur: The WhatsApp virtual suicide game ‘The Momo Challenge’ has claimed its first life in India. A 15-year-old girl committed suicide in Ajmer district of Rajasthan after accepting ‘The Momo Challenge’ online. This game is similar to the ‘Blue Whale Challenge’, which went viral earlier in the country and took several lives. The game forces users to take several risky challenges and in the last stage, provokes them to end their life.

According to preliminary reports, a Class 10 girl slit her wrists in Ajmer. After that, she committed suicide by hanging. The police have found that the girl was playing an online game ‘The Momo Challenge’. This came to the light after the cops checked the Internet browsing history in the girl’s mobile phone. The police have however declined to confirm whether the girl ended her life due to this online game.

Several marks on her body have also been found. The police are trying to ascertain whether the girl fell victim to the game’s addiction. A suicide note has been recovered from the spot, where the girl blamed her low marks as the reason of her suicide but the police suspect that this could be one of the game’s challenges to confuse people on the cause as to why a particular committed suicide.

A case has been reported in West Bengal where a college girl filed a report with police on Tuesday. She got a call from an unknown number allegedly forcing her to take suicide challenge on WhatsApp named ‘The Momo challenge’.

According to the girl, she posted a status on social media of her wish to commit suicide after a fight with her mother. She later received a call from a foreign number allegedly asking her to save the number and to take the Momo challenge. She got scared and reported the matter to the police.

What is ‘The Momo Challenge’ Game.

The Momo Challenge is a deadly online game which forces users to take up difficult challenges in real life situations and at the last stage of the game asks users to end their life. This game is a successor to Blue Whale which went viral earlier and took several lives.

The Momo Challenge was started on Facebook, but is now spreading via Whatsapp. ‘Momo’ is a social media account on WhatsApp, Facebook, and YouTube, which uses the image of a piece of horrific artwork called ‘Mother Bird’ by Link Factory to induce curiosity among children. The account challenges them to communicate with an unknown number, and complete a series of violent acts that ultimately end in death. If one refuses to follow the game’s orders, he or she is sent threatening and disturbing images. This account seems to be connected to three numbers in Japan, Mexico and Columbia, The Sun reported.

Steps to secure your child from these deadly challenges which are getting viral on the social media.

Follow @ThePinkcityPost
Click on the following link(s) to find the latest & related stories on: The Momo Challenge