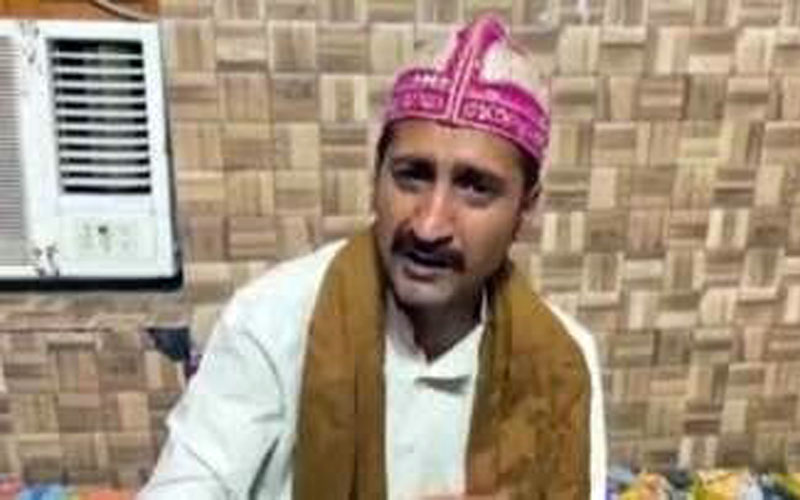 The man who issued a reward for beheading Nupur Sharma in police custody.

Jaipur: The police have arrested history-sheeter Salman Chishti of Dargah police station in Ajmer for announcing a reward for beheading suspended BJP spokesperson Nupur Sharma. Ajmer police rounded him up from the dargah area. He was being interrogated, a police officer said.

The Ajmer dargah administration has requested people not to associate the man with the famous shrine. The police also said that Salman has several criminal cases ranging from murder to assault registered against him and is a known criminal.

Salman Chishti had been arrested by the Dargah police station on charges of breach of peace. The complaint had been made by his mother who alleges that Salman was trying to evict her from the house by intimidating her.

Accused Salman has been bounded by an ADM court at least eight times in the last seven years 8. Salman Chishti is an addict and it is believed that he was under the influence when he made the video offering his house and property as a reward to anyone who beheads Nupur Sharma for allegedly making derogatory remans against the prophet. The video surfaced on Monday, creating resentment among people in the wake of the Udaipur murder.

A representative of Ajmer dargah said that the controversial video of Salman Chishti should not be linked with the dargah. “Salman Chishti has issued that statement from his house and he himself is saying that he is a history-sheeter. Anjuman strongly condemns this act of Salman. The shrine of Khwaja Sahib is a symbol of communal harmony,” he said.