“I am to hold the position until death”, says Syed Zainul Abedin. 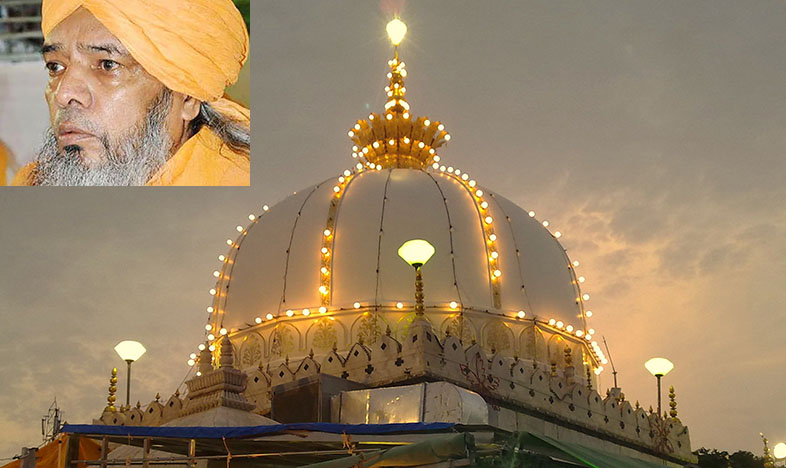 Jaipur: Syed Zainul Abedin, the spiritual head of the world famous shrine of Khwaja Moinuddin Chisti in Rajasthan’s Ajmer refuted his younger brother’s claims that he had been sacked from his position of dargah diwan (spiritual head of the sufi shrine). Abedin said he would hold the position until his death and his eldest son would take over thereafter.

His younger brother Syed Alaudin Alimi kicked up a storm by claiming on Wednesday that the spiritual head had been sacked from his position for supporting the ban on slaughter of “bovines” and selling beef in the country.

Syed Zainul Abedin organized a press conference and said that he had been a target of ‘religious hardliners for a very long time.

“I have taken a stand on issues in the interest of social harmony. My beliefs are driven by the Sufism ideology which teaches peace,” said Syed Zainul Abedin.

He said that his statements on issues such as shariyat laws, beef ban, triple talaq and Kashmir had not gone down well with people of radical ideologies.

“But I am not going to get afraid and run away. I will not budge from what I strongly believe in,” said

Claiming the support of his family, the younger brother – Syed Alaudin Alimi – ‘sacked’ Abedin and anointed himself as the new “diwan”, spiritual chief, of the Khwaja Moinuddin Chisti mausoleum in Ajmer — one of the most famous Muslim shrines visited by millions of devotees from across the sub-continent every year.

Abedin has been the diwan of the shrine since after the Supreme Court 1987 order, ruling him as the most direct and eldest descendant of the sufi priest.

While reading his message during the 805th annual function at the shrine on Monday, Abedin asked Muslims in India to stay away from slaughter of “bovine animals” and to stop consuming beef for communal harmony in the country.

The function was attended by religious heads of various shrines from different parts of the country.