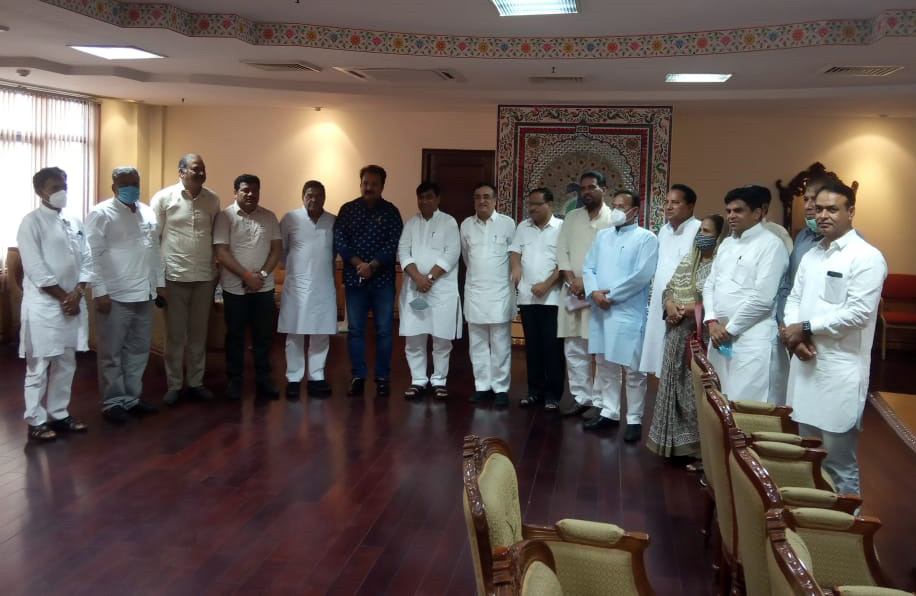 Jaipur: AICC general secretary (Rajasthan in-charge) Ajay Maken held a one-on-one discussion with the party MLAs in Rajasthan on Wednesday. He took feedback from MLAs on the performance of the Ashok Gehlot government. Sources said that the feedback will have an influence on the upcoming cabinet reshuffle amid the ongoing tussle between Ashok Gehlot and Sachin Pilot.

Sources said that Maken sought feedback on the organisation as well as the government.

After meeting Maken, MLA Rafeeq Khan said that the discussion was very positive. We discussed the way the government could perfume better, Khan said.

MLA Ved Prakash Solanki said that he had put his thoughts before the party in-charge in Rajasthan. We were given enough time to share our thoughts on the performance of the government.

Ameen Kagzi said that there was no mention of a cabinet reshuffle during his talks with Maken. The government is doing good work, he told media persons.

The meetings with the MLAs will continue on Thursday.

Leader of Opposition Kataria said if the “ruling party has this level of dispute that one-on-one meetings with MLAs are required, the government cannot function well”.

“Such governments are not able to function well and cannot do well for the people,” he said.

He also questioned the government’s decision to hold the dialogues with the MLAs in the assembly building.

“In order to maintain the sanctity of the assembly, the Congress party should have organised this exercise somewhere else,” he said.