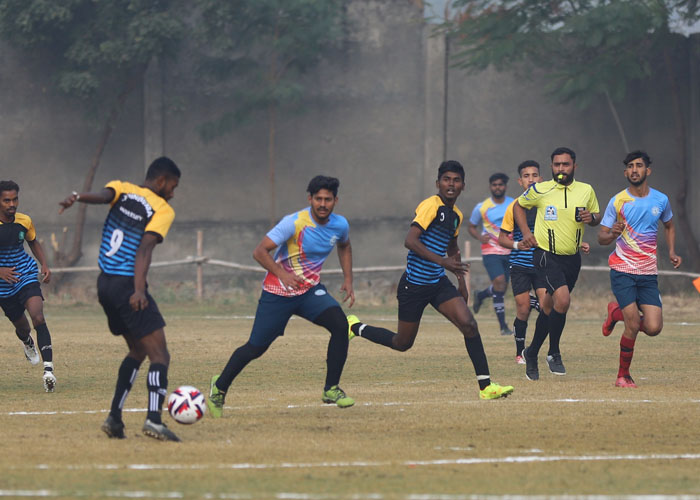 At least 69 teams from various universities across the country participated in the event. On the basis of their knockout matches, the top four teams qualified for the Western Zone Ranking, with the only team from the state, Rajasthan University (RU), making it to the fourth position.

All these teams will participate in the inter-zonal Khelo India University Games-2021 to be held at Mahatma Gandhi University (MGU), Kottayam (Kerala) from 11 to 15 January 2022.

There was a lot of enthusiasm among Poornima University students about the tournament. The students turned up in large numbers to enjoy the games. They said football tournaments don’t happen often unlike the cricket tournaments, so it was a refreshing and entertaining event for them.

“I am a huge fan of soccer, but the problem is that not many tournaments are organized for this game. It was really a great experience for me and my friends,” said Rupen Sharma, a university student.