Air hostess, 4 others arrested for creating ruckus at restaurant in Jaipur 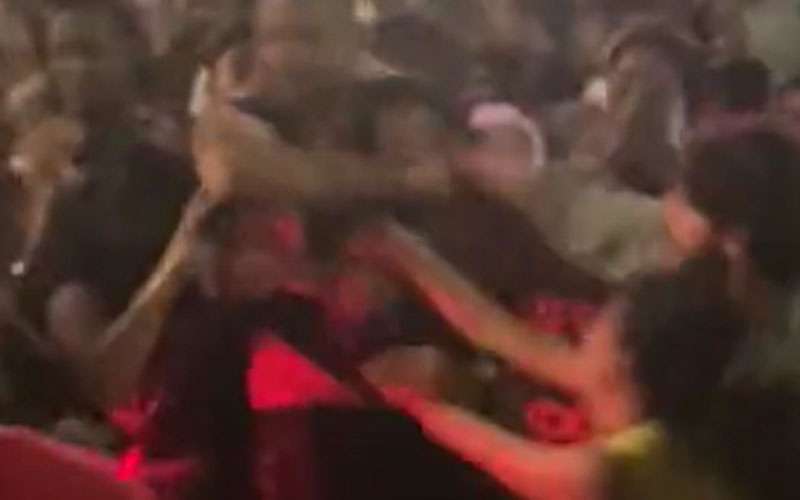 The two groups fighting outside a restaurant.

JAIPUR: The police arrested five youths including an air hostess for creating a ruckus at a restaurant in an inebriated condition.

fA amily that had come to the restaurant to have dinner alleged that the youths verbally abused them and then damaged their car with a liquor bottle. It led to a fight between the two groups.

The incident took place at Taxi Chick-Inn Dhaba around midnight. A police officer said that as per the family, the argument started after a dispute over seating. The family members went to another table, but the youths kept passing abusive remarks.

“A woman named Shradhha, her brother and her friend left the restaurant to prevent the situation from escalating but the youths followed them and threw a liquor bottle at their car. It caused a fight,” said a police officer.

The two groups then indulged in manhandling each other publicly. A police team rushed to the spot and when the people involved in the fight started misbehaving with the cops as well, they were taken into custody and brought to the police station. They continued to fight in the police station as well.

The four youths from one group and one person from the other group were booked for disrupting peace and other charges. They were released on bail on Thursday.