After 2 years of Covid-19 restrictions, Holi celebrated with fervour in Jaipur 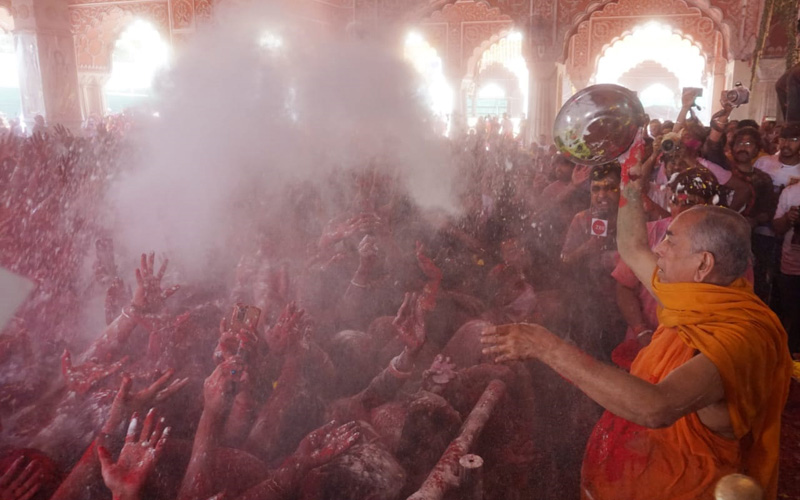 Jaipur: After two years of Covid-19 restrictions, the devotees celebrated the Holi festival in large numbers at prominent Krishna templates in Jaipur on Thursday. Thousands of devotees visited Govind Dev Temple and played Holi with colours.

Earlier, Holi was celebrated at Moti Doongari Ganesh template. The celebrations began on Wednesday. The template management said that they would continue till Friday. Religious music and songs were played at the temple. Cultural programs were also organized on this occasion.

People will play with colours in the city on Friday. The police advised people to celebrate with discipline.

The police have made elaborate security arrangements to keep a tab on anti-social elements that might cause law and order situations during Holi celebrations on Friday. Nearly 6,000 cops have been deputed across the city. Policemen in uniform as well as in plain clothes are being deputed. Traffic police will also be deployed throughout the city.

SHOs of all police stations have been asked to remain on patrol throughout the day. A close watch will be kept on sensitive areas through Abhay Command Centre.

Add commissioner of police Haider Ali Zaidi said that police would arrest those who create ruckus and drive under the influence of alcohol. Their vehicles will also be seized.