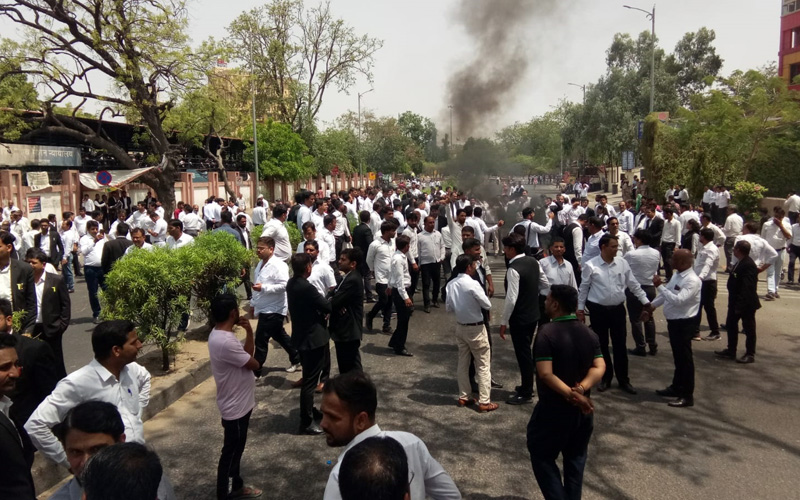 Jaipur: A day after an advocate committed suicide by setting himself on fire in Khandela town of Sikar district - over alleged harassment by the local SDM, the community of lawyers in Jaipur staged an aggressive protest.

Member of Parliament Hanuman Beniwal also joined the protest. He said that if the government didn’t take action on the matter within 24 hours, the protest would be intensified.

Lawyers raised slogans of ‘Gehlot Murdabad’ outside the High Court.

On Thursday, Hansraj brought petrol with him. When SDM Rakesh Kumar entered his office, the lawyer poured petrol on himself and followed him. He then set himself on fire. SDM Rakesh Kumar pushed the lawyer away to rescue himself. In this attempt, he also sustained burn injuries on his hand. The lawyer was rushed to a hospital in Jaipur, but succumbed to burn injuries on the way.