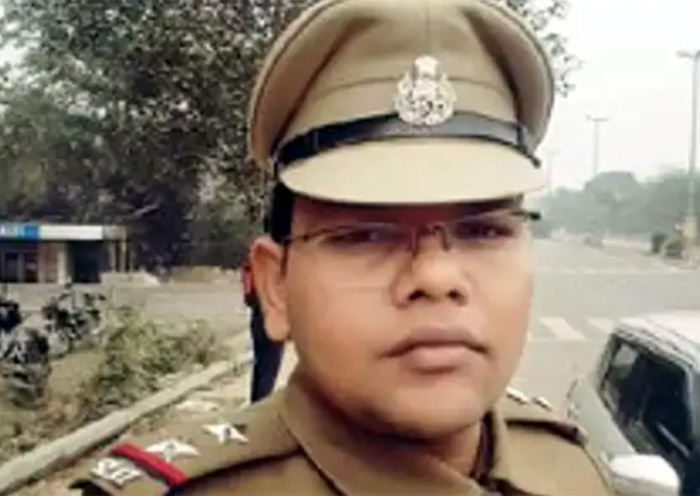 Delhi police sub-inspector Manish Meena who was killed in accident.

Jaipur: Three people including a sub-inspector in Delhi police were killed when their car collided with a truck in Lalsot area of Dausa district late on Wednesday. The young police officer was on his way to his native village along with two others when the car crashed into the truck. The trio died on the spot.

According to Dausa police, the deceased men were identified as Manish Meena (40), his nephew Rakesh Meena (25), and one Prabhulal Meena (47). Manish was a sub-inspector in Delhi police and was driving to his native village, Malarna. The incident occurred near Bherunwas village in Lalsot area.

The collision was so intense that the car was completely crushed. Senior police officers of the area including Deputy SP Shankarlal Meena rushed to the spot. The bodies were pulled out of the car. The victims got stuck in the vehicle.

The truck lost balance after the collision and broke the barricades. People were sleeping outside a house. They informed the police following which a team from Lalsot police station rushed there. The driver escaped from the spot. The victims were rushed to a hospital. They were declared brought dead. The bodies were handed over to the family members after a postmortem examination. The police have registered an FIR against the truck driver.