Labourers were working at a height 60 feet when they fell from a ladder. 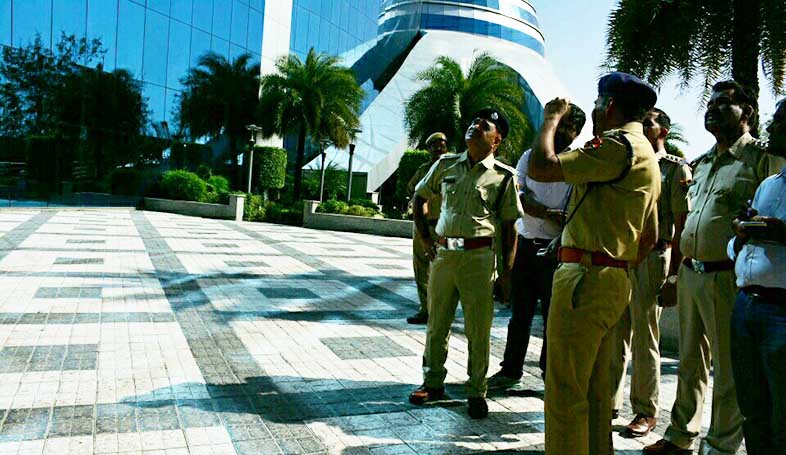 Two labourers were killed while four others were wounded at World Trade Park - Jaipur’s one of the most famous shopping malls on Monday. Image credit: Post Staff

Jaipur: Two labourers were killed while four others were wounded at World Trade Park - Jaipur’s one of the most famous shopping malls on Monday when they were cleaning glasses installed on the building’s outer wall. The labourers were using step ladders to clean glasses. They were not wearing any safety equipment. The police are investigating if there had been any negligence on part of the mall administration. A case of negligence is being registered, a police officer said. Read Also: Accident at Jaipur’s WTP: Two labourers killed, four injured 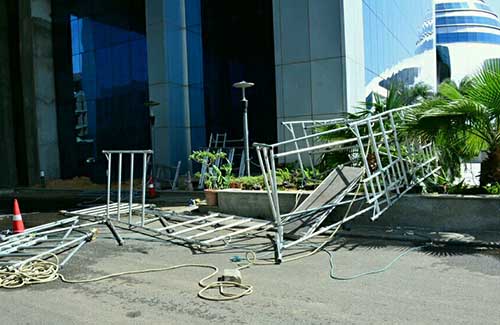 According to the police, the incident occurred in the afternoon. Labourers are engaged in regular maintenance and cleaning of classes installed on the outer walls of the building. They fell to death from a height of nearly 60 feet. The labourers were rushed to a hospital in Malviya Nagar where two were declared dead. Four others are still undergoing treatment. The two deceased were identified as Narendra Kumar (30) and Sandeep Pachal (40). 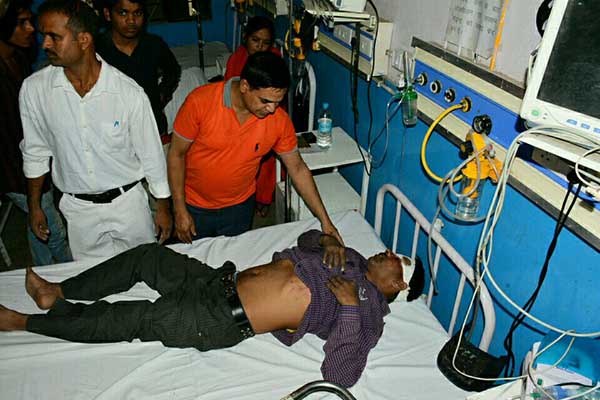 The family members of the deceased and injured labourers have given written complaints to the police following which a case was being registered, a police officer told The PinkCity Post. He said that the mall administration officials would be booked for causing death due to negligence. It has come up during preliminary investigation that mandatory safety precautions were not being exercised. The labourers were not wearing helmets. Labourers usually use ropes to tie themselves when they work at such a height but the police didn’t find any such measures being taken by the mall administration. Inaugurated in 2012, World Trade Park is the biggest shopping mall in Jaipur’s Malviya Nagar area.
Follow @ThePinkcityPost