It has been revealed in the investigations that Meena lied in the immovable property return (IPR) that he submitted to the government. 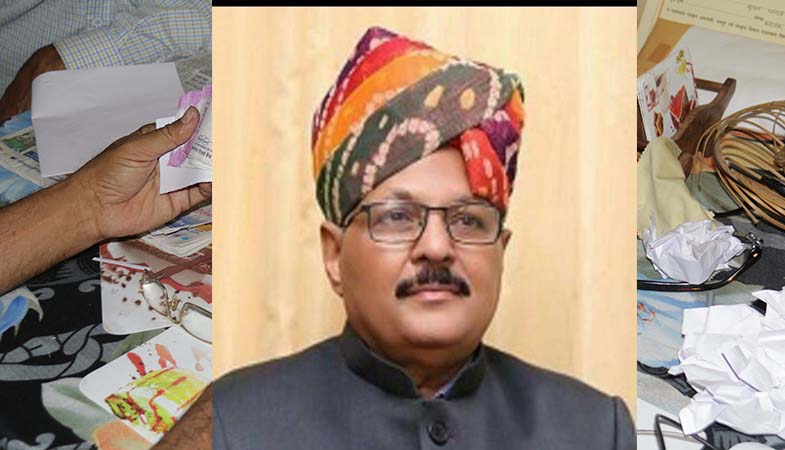 Jaipur: The Anti-Corruption Bureau (ACB) continues to unearth alleged unaccounted wealth amassed by Sahiram Meena – additional commissioner deputed in the narcotics control bureau in Kota. He has been suspended following his arrest.

It has been revealed in the investigations that Meena lied in the immovable property return (IPR) that he submitted to the government. He mentioned that he owns a house on 32 bigha land in his native Sawai Madhopur district and also two plots in the name of his wife and brother.

After the search operation, it was found that he, along with his family member, owns around 106 plots, 25 shops, petrol pumps, flats, marriage gardens, farmlands and other property worth Rs 300 crore.

Jewelllery worth approximately Rs 24 lakh was recovered from a bank locker in Jaipur owned by his family members on Tuesday.

Meena allegedly told ACB officials that he had amassed the wealth through known sources of income and prove it. A CBI investigation was conducted in connection with his property earlier but nothing suspicious was found and the CBI gave him a clean chit.

According to the sources, Meena also used to lend money and give small loans to people at an interest rate of 1.5 percent. ACB has recovered a dairy from Meena, in which he has mentioned all the illegal transactions and loans details.

Rajasthan anti-corruption bureau (ACB) unearthed movable and immovable assets worth crores of rupees from the house and other places belonging to Sahiram Meena. He allegedly caught taking a bribe of Rs 1 lakh on Saturday.

ACB had arrested him on Saturday.