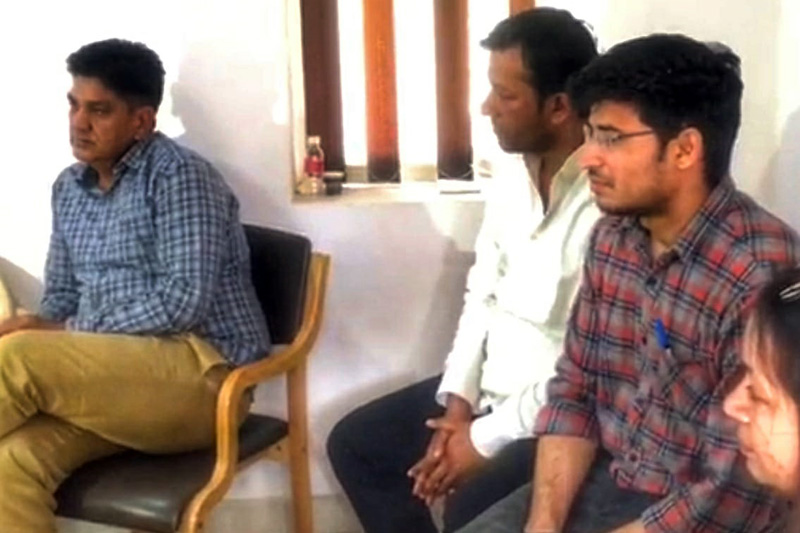 Jaipur: Rajasthan anti-corruption bureau (ACB) on Thursday arrested an assistant sub-inspector (ASI) posted at Vidhyadhar Nagar police station in the city and his middleman after they were caught taking a bribe amount of Rs 1 lakh, ACB officials said.

ASI Radheyshyam Yadav was demanding the bribe to remove the name of the ACB complainant from an FIR registered with Vidhyadhar Nagar police station. The ASI and middleman Madhusudan Sharma were booked under various sections of the Prevention of Corruption Act. Further investigation is going on.

DG ACB BL Soni said one Narendra Singh approached the agency stating that he was named as an accused in an FIR registered under section 420 of IPC. The case was being investigated by ASI Radheyshyam. The ASI was demanding Rs 5 lakh from him to remove this name from the FIR.

The agency verified the complainant and laid a trap under the supervisor of ACB ASP Sanjeev Nain on Thursday after it was found genuine.

ACB ADG Dinesh MN said that searches are being carried out at several places belonging to the two accused including their houses.