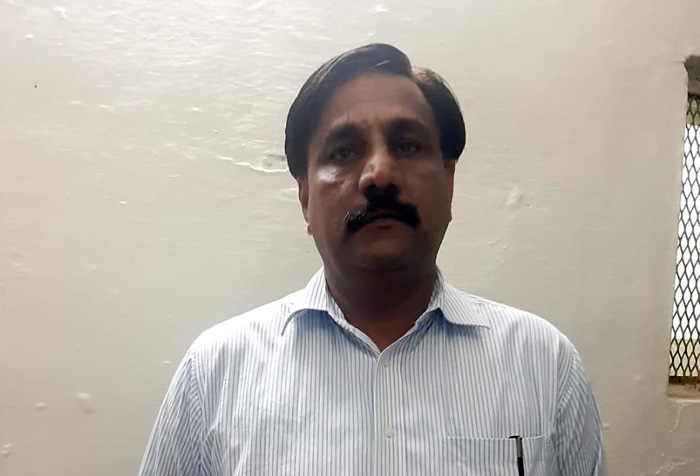 Jaipur: A day after 50-year-old superintendent engineer (SE) Diwan Singh Dewada of mines department in Udaipur was arrested on charges of corruption, the Rajasthan ACB produced him in a court that remanded him in 5-day police custody. The ACB officials said that they had sought his remand to interrogate him about the racket involved in extorting miners in the state. The ACB had unearthed movable and immovable properties worth Rs 110 crore belonging to Dewada. The officials claimed that the wealth was disproportionate to his known sources of income and a separate case will be registered against him in this regard.

SE Diwan Dewada was produced in a special ACB court on Saturday, a day after his arrest. The ACB sought his remand. Officials said that the SE owns properties worth Rs 35 crore in Rajasthan, while Rs 85 crore in Bengaluru. The ACB has also found documents suggesting that he was operating about 30 bank accounts and fixed deposits worth Rs 1.81 crore in his and his family members’ name.

The ACB had laid a trap against him five months ago after a mine owner approached the agency complaining that SE Dewada was demanding Rs 7.5 lakh to release some trucks. He allegedly took Rs 1 lakh and then demanded for Rs 3 lakh. Dewada was also demanding Rs 2.5 lakh per month to allow the ACB complaint to operate the mines without any troubles from the department.

“The complaint was verified when Dewada took Rs 1.5 lakh as the first instalment of bribe, but before he could be trapped he was put on awaiting posting orders. The ACB launched an investigation and then arrested him on Friday,” said an ACB officer.