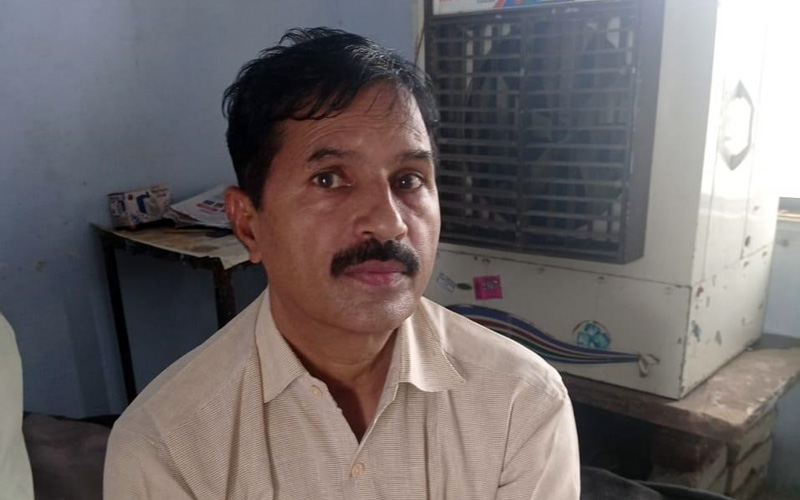 Jaipur: Rajasthan anti-corruption bureau (ACB) on Thursday arrested a Ramganjmandi Railway Protection Force (RPF) inspector in Kota, a constable and a middleman after they were allegedly caught taking a bribe of Rs 5,000.

The middleman was caught-red handed accepting the bribe on behalf of the SHO and constable. They were taking money from a railway station vendor who supplied water on Ramganjmandi railway station premises.

According to DG, ACB BL Soni, the complainant approached the ACB accusing RPF SHO Brajkishore Meena, constable Randheer Singh Jat and middleman Rahul Vaishnav of harassment and corruption. The SHO was demanding money from the ACB complainant to allow him to operate his water trolley without any interruptions on the railway station premises. He alleged that the trio was demanding Rs 5,000 per month from him.

After verifying the complaint, a trap was laid under the supervision of Add SP Thakur Chandrasheel Kumar.

Rahul Vaishav was caught red-handed accepting Rs 5,000 from the ACB complainant. Rahul is a resident of Dara area in Kota. He acted as a middleman for SHO Brajmohan Meena. The ACB then arrested the SHO and constable also. SHO Meena owns a home in Jagatpura area of Jaipur also.

After the trap, the SHO and two others were booked under various sections of the Prevention of Corruption Act. Searches were carried out at the office, residences and other places belonging to them. Further investigation is going on.