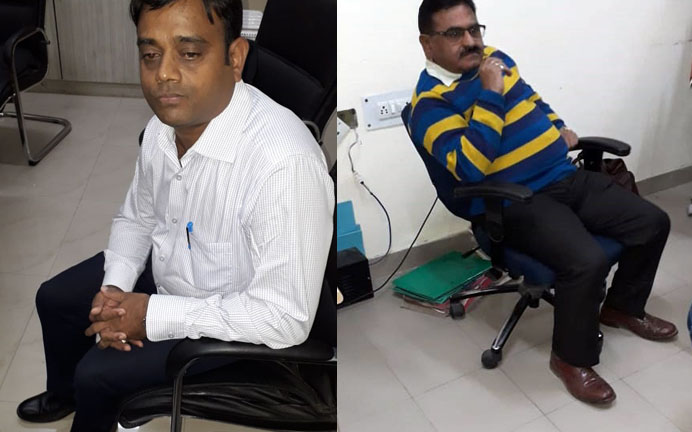 Two officials of Rajasthan Pollution Control Board who were trapped by ACB on Thursday.

Both the officials are posted in Jaipur. The ACB trap was organized at their office on Thursday. ACB ADG Alok Tripathi said that a crasher owner approached the agency and lodged a complaint against Sanjay Kothari and Jogeshwar Sharma.

“The complainant told us that they were demanding Rs 50,000 to issue a CTO (Consent To Operate) for his crasher,” said the officer.

Under the supervision of Add SP ACB Chanchal Mishra, the complaint was verified. When it was found genuine, a trap was laid, he said.

“We caught the duo red-handed taking Rs 30,000 from the ACB complainant. Both were arrested and booked under relevant sections of the Prevention of Corruption Act. Further investigation is going on,” said the officer.

The ACB officials said that searches will be carried out at the residences, offices and other places belonging to the two officials.