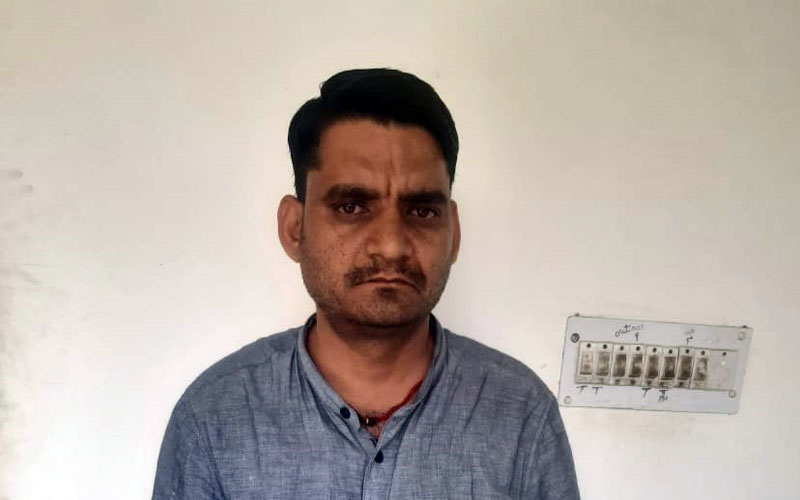 Jaipur: Rajasthan anti-corruption bureau (ACB) on Wednesday arrested the husband of a municipal councillor in Bhilwara after he was allegedly caught taking a bribe of Rs 1.50 lakh from a contractor. The accused, identified as Mukesh Sain, took a cash amount of Rs 30,000 and a cheque of Rs 1.20 lakh, according to ACB officials. Sain was demanding the bribe from the ACB complainant to allow him to carry out construction works uninterrupted. The ACB officials are also quizzing his wife, Laxmi Devi Sain.

DG, ACB BL Soni said that a complaint had been registered with the agency against Laxmi Devi Sain. “In the complaint, he stated that Laxmi Devi was harassing him and demanding bribe through her husband Mukesh Sain. Laxmi Devi is the municipal councillor of ward no. 29 in Bhilwara,” said Soni.

The officer said that the complaint was verified under the supervision of DIG, ACB in Ajmer Sameer Kumar Singh. When it was found genuine, a trap team was constituted to catch Mukesh Sain raid-handed. The trap team headed by ACB inspector Narsi Lal caught Mukesh Sain taking a bribe amount of Rs 1.5 lakh.

Sources said that while Mukesh has been arrested under various sections of the Prevention of Corruption Act and arrested, an interrogation with his wife is going on to ascertain her role. Searches are also being carried out at various places.