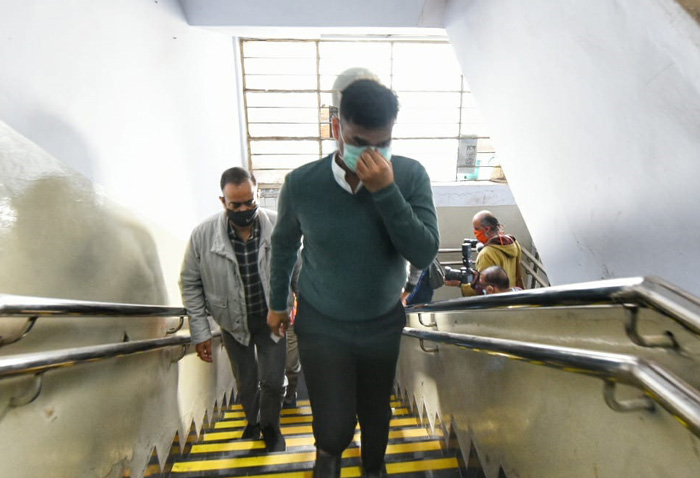 IPS officer Manish Agarwal being produced in a court.

Jaipur: The Rajasthan anti-corruption bureau (ACB) on Wednesday produced IPS officer Manish Agarwal, a day after he was arrested in a corruption case. The court remanded him in 2-day police custody. The ACB will interrogate him. Searches are being carried out at his house and other places belonging to him. He will be produced in the court again on February 5.

Manish Agarwal was called for questioning on Tuesday afternoon. He was taken into custody after an hour-long interrogation and booked under various sections of the Prevention of Corruption Act.

Senior ACB officers said that they had received corruption complaints against Manish Agarwal in the past too. Dimond company owner accused Manish of taking Rs 31 lakh bribe in two instalments. After the ACB received this complaint, Manish was under surveillance. His mobile phone was seized after the arrest of his middleman, Neeraj Meena.

“We are yet to receive the report from the forensic laboratory. We expect that the mobile phone will provide us with more clinching evidence against Agarwal,” said an ACB officer.

The officer added that his house and other places were searched and further investigation is going on.