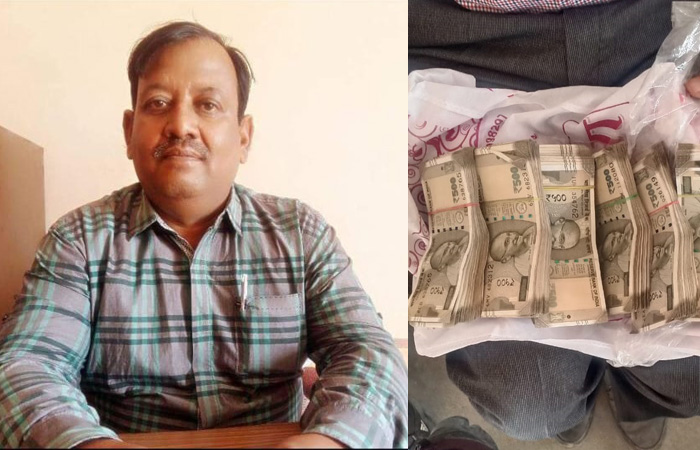 Jaipur:  A senior Deputy Conservator of Forests (DCF) posted at National Chambal Sanctuary in Sawai Madhopur was arrested for taking a bribe of Rs 3 lakh on Thursday.

A Rajasthan Forest Service (RFS) officer, Furkhan Ali Khatri had demanded the bribe as a commission for authorizing the payment of pending dues, ACB officials said.

DG (ACB), BL Soni said the complaint had approached the bureau with serious allegations against Khati, “The complainant demanded the release of payments for the construction of several development works carried out by him. Khatri, however, demanded money as a commission in return of releasing payments,” he said.

After verifying the veracity of allegations, the ACB sent a team to Sawai Madhopur and caught the accused red-handed while taking the money, officials said.

ACB sleuths are also conducting searches at Khatri’s residents in Sawai Madhopur and Kota. Sources said that Khatri in his position as DCF of Chambal sanctuary was persistently putting pressure on the complainant for money.

He had refused to clear the dues until a commission of Rs 3 lakh was made to him, the complainant after seeing no other recourse, approached the ACB.

The accused was arrested from Sawai Madhopur and has been booked under several relevant provisions of the prevention of corruption act. “Subsequent searches are currently underway at different locations in Sawai Madhopur and Kota, if we come across any other anomaly, we would quiz the accuse to seek more information,” said an official.