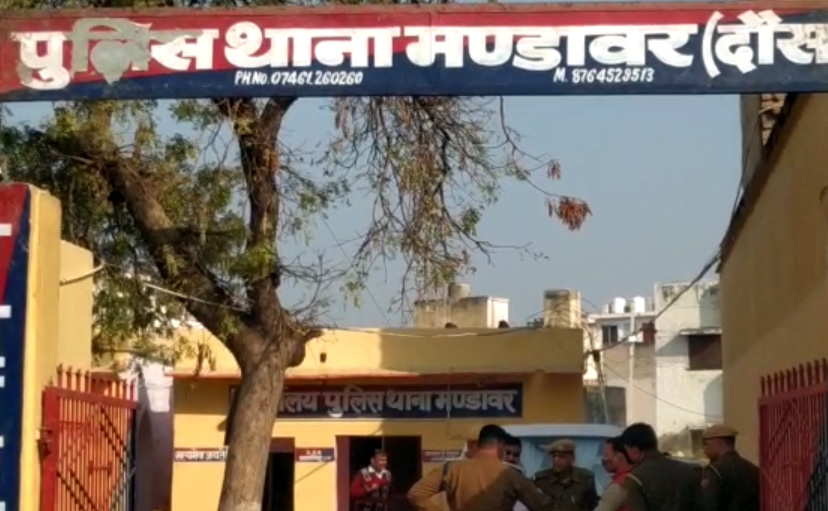 Jaipur: In yet another trap of a police officer in Dausa district, the Rajasthan anti-corruption bureau (ACB) on Thursday arrested Mandawar SHO Lal Singh and his subordinate head constable Bhupendra Singh after they were allegedly caught taking a bribe of Rs 20,000, according to preliminary reports.

The SHO was demanding bribe from a robbery accused. The officer assured the accused that no action will be taken in the case if the bribe was paid, according to the reports. The accused person lodged an ACB complaint.

An FIR in the robbery case was registered with Mandawar police station in Dausa. The police had recovered the robbery amount from the ACB complainant. The SHO assured the complainant that he would not be taken on police remand if the bribe was paid.

The ACB officials verified the complaint. When it was found genuine, a trap was laid under the supervision of ACB Add SP Himanshu Kuldeep.

They were caught taking a bribe of Rs 20,000 from the ACB complainant and arrested under various sections of the Prevention of Corruption Act. Searches were going on in the case till the reports last came in. Lal Singh is a sub-inspector posted as Mandawar SHO.

Earlier, the ACB had arrested ex-Dausa SP Manish Agarwal and his middleman Neeraj Meena along with two sub-divisional magistrates. They were allegedly demanding bribe from a road construction company owner.