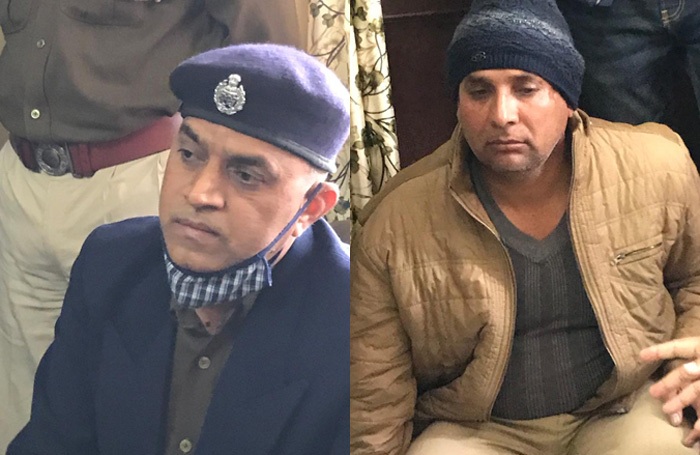 Circle officer in Alwar rural Sapat Khan and his driver arrested by ACB in a trap.

Jaipur: The Rajasthan anti-corruption bureau (ACB) on Tuesday arrested Sapat Khan – an Rajasthan Police Service (RPS) officers currently posted as Circle Officer (CO) in Alwar rural after he was caught taking a bribe of Rs 3 lakh through his driver.

The driver, identified as Aslam Khan, was also arrested. DySP Sapat Khan was allegedly demanding the bribe for not arresting the ACB complainant in cases registered against the later with various police stations in Alwar.

DG, ACB BL Soni said that one Rashid Khan, a resident of Barela village in Tijara, had lodged a complaint against CO Sapat Khan. In the complaint, Rashid stated that he is politically active and some people who had affiliations with opposition parties had registered FIRs against him with various police stations in Alwar.

“The complainant said that CO Alwar rural was demanding Rs 13 lakh for not arresting him in these cases. The demand for the bribe was being made through driver Aslam Khan,” said an ACB officer.

The ACB verified the complaint and when it was found genuine, a trap was laid under the supervision of ACB inspector Jahir Abbas.

The driver was caught red handed taking Rs 3 lakh from the ACB complainant’s father. The driver and the CO were arrested under various sections of the Prevention of Corruption Act. Further investigation is going on.