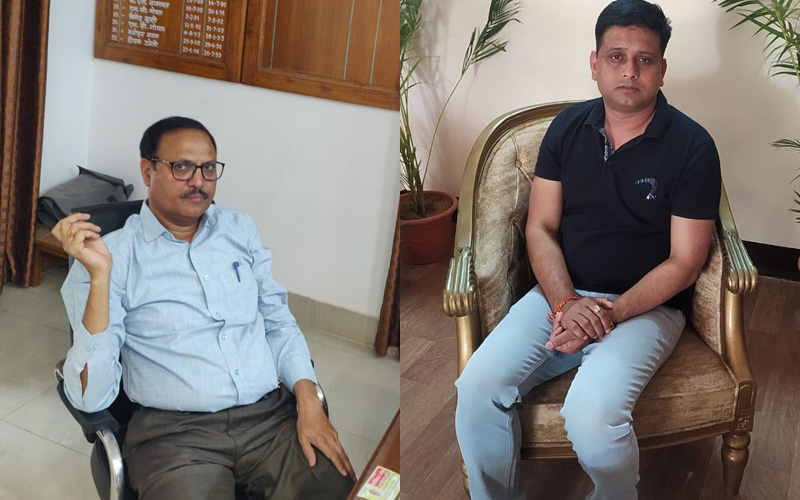 Jaipur: IAS officer Nannumal Pahadia who was posted as district collector in Alwar before his transfer two days ago and RAS officer Ashok Kumar Sankhala were arrested after a middleman allegedly acting on their behalf was caught taking a bribe of Rs 5 lakh. The bureaucrats were demanding a monthly amount of Rs 16 lakh from the ACB complainant to allow the work being undertaken by his company to continue uninterrupted. The middleman was also arrested. The trio was booked under various sections of the Prevention of Corruption Act.

DG, ACB BL Soni said that an investigation was launched against IAS Nannu Mal Pahadia and Ashok Kumar after the owner of the firm approached the agency. He alleged that the two officers were harassing and threatening him. To not interrupt the work being undertaken by his company, the two officers demanded a monthly amount of Rs 16 lakh.

Under the supervision of ADG, ACB Dinesh MN, a team of Alwar ACB unit verified the complaint and when it was found genuine, a trap was laid by DSP Mahendra Kumar and his team.

RAS Ashok Kumar took Rs 5 lakh from the ACB complainant and handed over the amount to the middleman Nitin Sharma, DG Soni said. The name of IAS had also come up during the investigation, so he was also taken into custody from the district collector residence in Alwar.