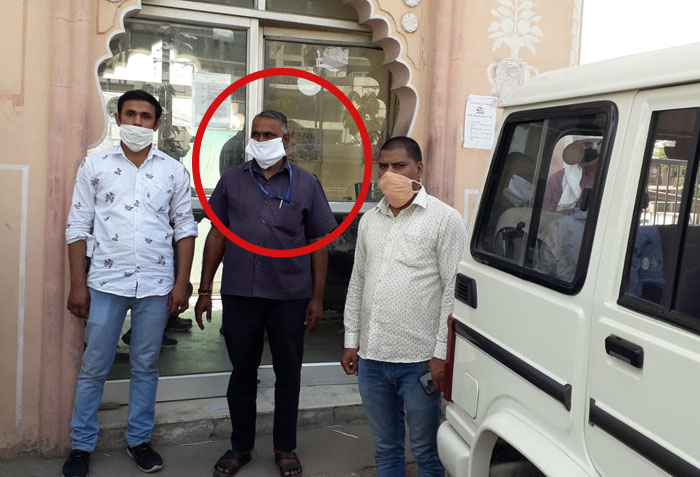 Jaipur: A health inspector of Jaipur Municipal Corporation (JMC) was arrested on Thursday after the Rajasthan anti-corruption bureau (ACB) allegedly caught him taking a bribe of Rs 4,000.

The ACB officials said that health inspector Jagdish was demanding the bribe from a sanitary worker for forwarding his attendance statement to the JMC zonal office. The statement was necessary for the release of payment to the sanitation worker.

Health inspector Jagdish is a resident of Amrit Puri in Ghatgate area of Jaipur. He is posted in Ward 2 in Vidhyadhar Nagar zone of JMC.

“He was demanding Rs 4,000 from the sanitation. After receiving a complaint in this regard, a trap was laid. The health inspector was caught taking the bribe near Kukarkheda Mandi Gate in Muralipura,” said an ACB officer.

The inspector was booked under various sections of the Prevention of Corruption Act and arrested. A search was going on at his residence and office till the reports last came in.

Further investigation is going on, the ACB officer said.

Sanitation workers are playing a key role in preventing the spread of coronavirus in the city.