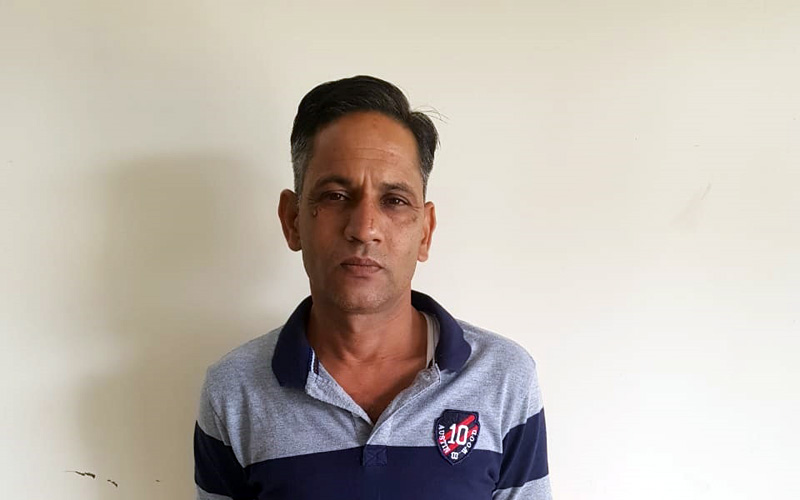 Colonisation Department employee who was arrested by ACB.

Jaipur: Rajasthan anti-corruption bureau (ACB) on Thursday arrested a senior assistant posted in the office of the deputy commissioner, Colonisation Department after he was found in possession of Rs 18.25 lakh. He was taken into custody after he allegedly could not give ACB officials a satisfactory explanation about the source of the money.

The accused assistant, identified as Kailash Chandra was posted in Nachana area of Jaisalmer. DG ACB said that the agency got a tip-off about him. As per the preliminary information, we came to know that Kailash was coming to Jaipur in a private vehicle from Nachana and he was in possession of a huge amount of cash, Soni said.

A team of ACB, Jodhpur rural intercepted his car at a Rampura Mathania toll plaza. Kailash Chandra was in the passenger seat. He identified himself as a senior assistant working in Colonisation Department. He told ACB official the car belonged to him. When the car was searched in the presence of witnesses, two bags containing Rs 18.25 lakh were found in the backseat.

“He could not give any satisfactory explanation about where he got the money. The cash was seized by the ACB team and Kailash Chandra was arrested,” said the officer.

He added that searches were going on at his office, residence and other places. Further investigation is going on.