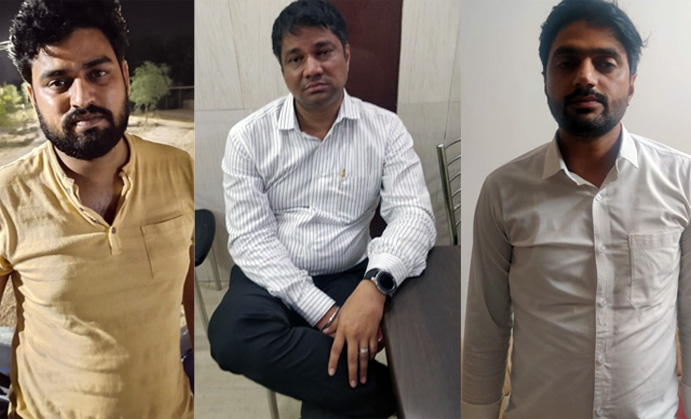 Jaipur: Rajasthan anti-corruption bureau (ACB) has exposed widespread corruption in the recruitment of nursing staff at ESIC Medical College and Hospital in Alwar. After carrying out raids in Alwar, Ajmer and Jodhpur, the agency arrested four people and recovered a cash amount of Rs 20 lakh from their possession. Those arrested include a senior nursing officer posted at AIIMS Jodhpur.

DG, ACB BL Soni said that the government medical college and hospital was recruiting nursing and other staff on a contractual basis. Gujarat-based MJ Solanki Company was appointed as the recruitment agency. The ACB received complaints that the company representatives bypassed the open recruitment process and demanded money from aspirants, Soni said. The company officials promised permanent recruitment and demanded up to four months of salary in advance from unemployed youths, Soni added.

The officer said an ACB team under the supervision of Add SP Bajrang Singh verified the complaint and carried out searches in Alwar, Ajmer, and Jodhpur on Thursday night. Four people, identified as Bharat Punia, Kanaram Choudhary, Manjal Patel, and Mahipal Yadav – were arrested. Bharat Patel is a field in-charge of the private company, while Kanaram is posted as supervisor. Manjal Patel is a partner in the company and Mahipal is the senior nursing officer posted at AIIMS Jodhpur.

ACB officials said that searches were going on. All four have been booked under various sections of the Prevention of Corruption Act.