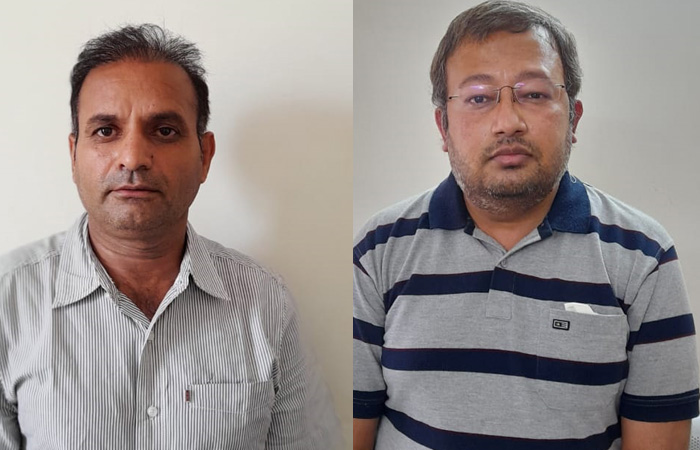 Jaipur: The Rajasthan anti-corruption bureau (ACB) on Tuesday arrested Rajaram Gurjar, husband of suspended Jaipur Greater Municipal Corporation mayor Somya Gurjar in a corruption case. The agency had initiated a probe against Rajaram and BVG India Limited after a video showing him negotiating a Rs 20 crore commission deal with a representative of the company went viral on social media. A company representative, identified as Omkar, was also arrested.

The video shows Rajaram negotiating ‘commission’ to be paid by BVG for the payment of Rs 276 crore. JMC is to pay Rs 276 crore to BVG for waste disposal and collection in the city. The alleged video shows Rajaram negotiating money to be paid as ‘commission’ with a company representative to approve the bills for the pending payment.

Rajaram was called to ACB headquarters in Jaipur for questioning on Tuesday. He was taken into custody after the interrogation. He was booked under various sections of the Prevention of Corruption Act and arrested.

The FIR also names one Nimbaram who is an office-bearer in RSS and some others.

The ACB had taken a suo moto cognizance and registered a preliminary enquiry after the video went viral on social media on June 10. Add SP Bajrang Singh Shekhawat was appointed the investigation officer.

Rajaram showed up at the ACB headquarters around 10 am. After nearly four-hour long interrogation, he was arrested.

Sources said that an IAS officer and some other public representatives are also under the scanner. They will likely be interrogated.

In the alleged video, the company representative agrees to pay Rs 20 crore for the payment of Rs 276 crore as commission. However, in an official statement, the company refuted the allegations.

The ACB had sent the video for a forensic examination.

DG ACB BL Soni said that the video clips were also sent to a prestigious lab outside Rajasthan for analysis.

"After getting the report from both the labs, we have arrested Rajaram Gurjar and Omkar. The investigation is going on against Nimbaram and other accused persons under 120B of IPC and relevant sections of the Prevention of Corruption Act," Soni said.