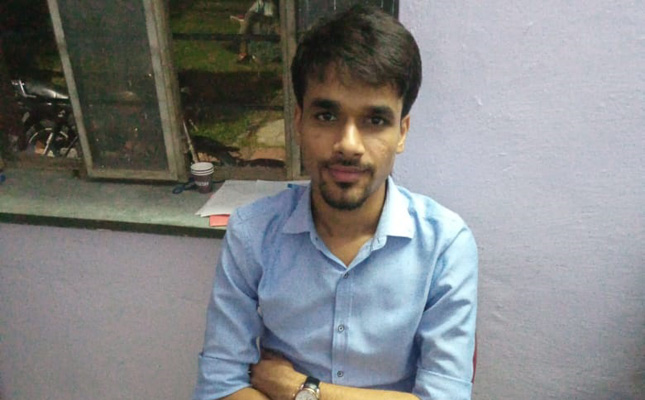 Hawala agent Himanshu who was arrested by ACB.

Jaipur: The Rajasthan anti-corruption bureau (ACB) on Wednesday arrested Virendra Singh – SHO of Bengu police station in Chittorgarh district – for attempting to bribe Bengu MLA Rajendra Singh Bidhuri. The MLA had informed the ACB that the SHO was trying to bribe him. The SHO was offering MLA Rs 11.18 lakh through hawala transaction when his middleman was caught red-handed by the ACB team. The middleman was giving the money to the MLA’s representative in Vidhyadhar Nagar area of Jaipur when he was trapped. It is for the first time in Rajasthan that an SHO has been nabbed for attempting to bribe an MLA.

ACB DG Dr Alok Tripathi said that MLA Bidhuri had complained about the SHO. In his complaint, he told the agency officials that SHO Virendra Singh was offering him Rs 15 lakh from the money he made in narcotics-related cases.

“The complaint was verified and a trap was laid. It came up that Virendra Singh wanted to hand over the bribe through hawala transaction. On his behalf, a middleman – Himanshu – was handing over the money to a representative of the MLA in Vidhyadhar Nagar in Jaipur when he was caught by the ACB,” said the officer.

The SHO and middleman were arrested and booked under various sections of the Prevention of Corruption Act. Further investigation is going on, said officials. Searches are being carried out at the office and residence belonging to Virendra Singh.