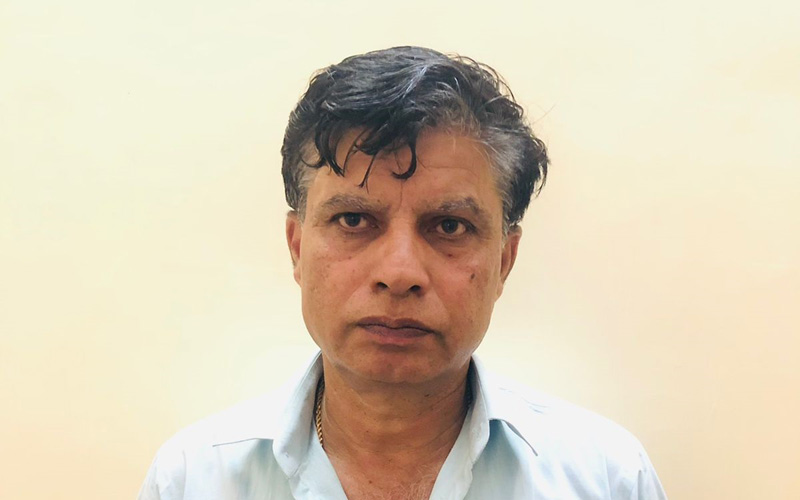 Jaipur: Rajasthan anti-corruption bureau (ACB) on Monday arrested an executive engineer of National Highways and Infrastructure Development Limited (NHIDCL) in Pali after he was allegedly caught red-handed taking a bribe of Rs 13 lakh.

ACB, DG BL Soni said that the engineer, identified as Yagyadutt Viduva, was demanding the bribe from a contractor for not interrupting his work on National Highway – 8 and help him process the payment for the work already done. The complainant alleged that the engineer had already taken a MacBook from him.

“The work on National Highway – 8 amounted to Rs 188.44 crore. The engineer was threatening that he would interrupt the ACB complainant’s work on technical grounds if he didn’t pay the bribe. The complainant was also trying to get a hand receipt for the work done by him. The payment of Rs 75 lakh was to be made on the basis of this receipt,” said DG Soni.

ACB’s Udaipur unit laid a trap under the supervision of DIG ACB Rajendra Prasad Goyal and SP Rajeev Pachar. The complaint was verified and when it was found genuine, a trap was laid. The engineer was caught red-handed taking a bribe of Rs 13 lakh, Soni said.

The engineer hails from Ganesh Vihar Colony near Riddhi Siddhi in Jaipur. He was posted in Pali. He was arrested and booked under various sections of the Prevention of Corruption Act. Searches are being carried out at the residence, office and other places belonging to him. Further investigation is going on, Soni said.