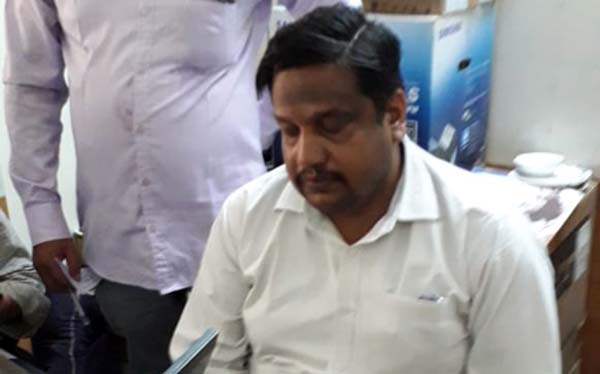 Jaipur: Rajasthan anti-corruption bureau (ACB) on Wednesday arrested a stenographer posted at Juvenile Justice Board (principal magistrate) in Jaipur after he was allegedly caught taking a bribe of Rs 6500. The accused steno, identified as Vinay Singhal, had allegedly taken Rs 1500 at the time of verification of the complaint by the ACB. He was demanding the bribe from the father of a juvenile to help him get bail for his son.

According to the ACB officials, the trap was organized at the juvenile justice board’s office situated in Sethi Colony.

“One Sitaram Meena had approached us complaining against Vinay Singhal. Meena complained that Vinay was demanding bribe to get bail for his son and complete other legal formalities with regard to the case,” said a senior ACB officer.

The ACB verified the complaint. At the time of verification, Vinay took Rs 1500 from Meena. A trap was laid under the supervision of DSP ACB Sachin Sharma.

“He was caught red-handed taking the remaining bribe amount of Rs 6500. We have arrested him and booked him under various sections of the Prevention of Corruption Act. Further investigation is going on,” said the officer.