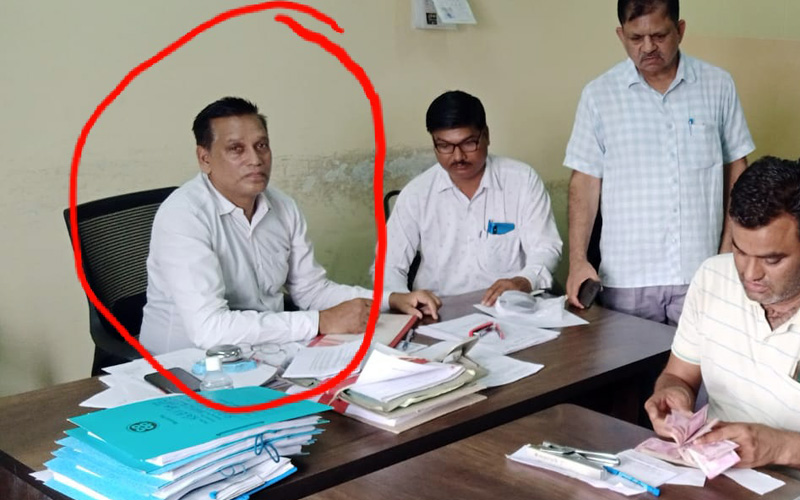 Jaipur: Rajasthan anti-corruption bureau (ACB) on Monday arrested a junior engineer – posted at the headquarters of Samagra Siksha Abhiyan in Jaipur after he was allegedly caught red-handed taking a bribe of Rs 50,000. The JEn, identified as Gyanprakash Shukla, was demanding the bribe from a contractor to release the payment for the work undertaken by his firm.

DG, ACB BL Soni said that the contractor registered a complaint with ACB Special Unit – 1. “In his complaint, he alleged that his firm had undertaken some work for which an amount of Rs 5 lakh was to be paid to him. In addition to this, the payment of defect liability was also to be made to him. Gyanprakash Shukla was demanding Rs 1.28 lakh from the contractor to release the payments,” said Soni.

He added that the complaint was verified by ACB add SP Rajendra Singh and when it was found genuine, a trap was laid. The trap team headed by DySP Bahadur Singh caught JEn Gyanprakash Shukla, a resident of Goner Road in Jaipur, taking a bribe of Rs 50,000 from the ACB complainant.

Shukla had already taken Rs 26,000 from the contractor during the verification of the complaint, ACB officials said.

The engineer was booked under various sections of the Prevention of Corruption Act. Further investigation is going on. Searches are being carried out at places belonging to the engineer including his office and residence.