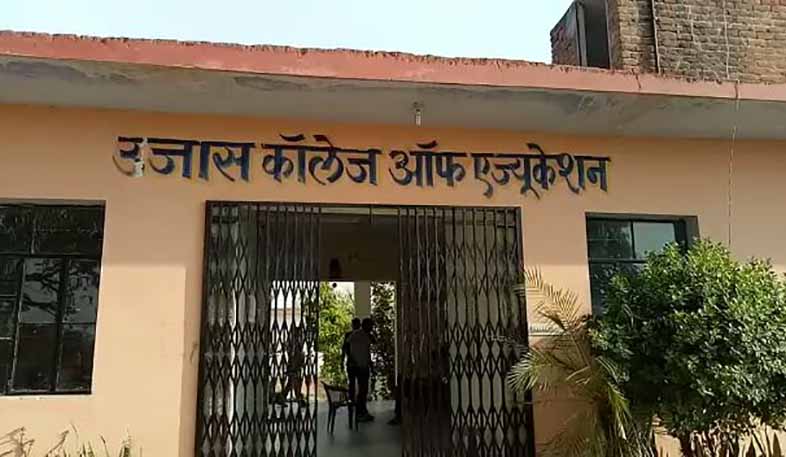 ACB caught the woman principal and a lecturer of Ujas College of Education red-handed taking a bribe of Rs 12,000.

Jaipur: Anti corruption bureau (ACB) on Tuesday arrested the woman principal and a lecturer of Ujas College of Education in Jaipur’s Sanganer area after they were allegedly caught red-handed taking a bribe of Rs 12,000.

ACB IG Sachin Mittal said that one Ramkishan Bishnoi registered a complaint against the two women with the agency. In his complaint, he said that he was a BSTC First Year student at the college.

He alleged that his college principal Lalita Pawan and lecturer Lata Sharma were demanding a bribe of Rs 61,500 to issue an admit card for the exam and show enough attendance in the records so that he could appear in the exam.

Bishnoi alleged that the two women demanded money from him in front of his siblings.

A trap was laid under the supervision of ACB add SP Prithavi Singh Sekhawat on Tuesday.

“We had verified the complaint. When it was found to be true, we laid the trap and caught the principal and the lecturer taking a bribe of Rs 12,000 on Tuesday,” the officer.

The accused women were booked under various sections of the Prevention of Corruption Act.

A search was conducted at their offices and other places belonging to them.