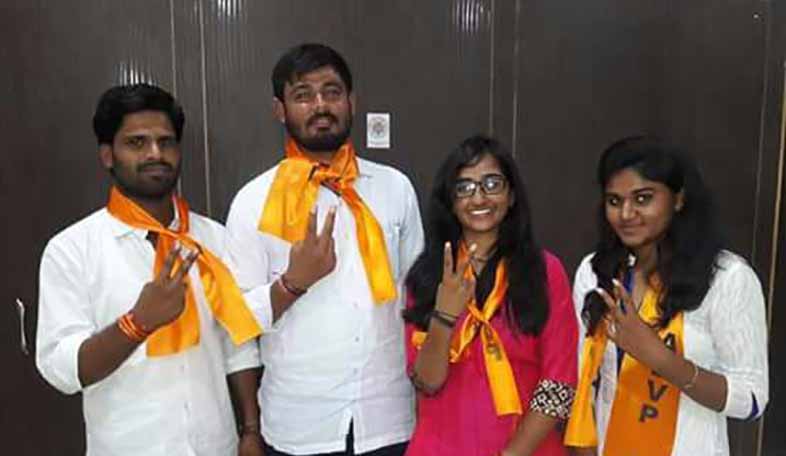 ABVP fields Sanjay Machedi for the post of president in RU polls. Panel of candidates announced.

Rakesh Yadav has been chosen to fight for general secretary and Manish Meena will run for the post of joint secretary.

Sanjay Machedi has been the president of Maharaja College student union. A resident of Malpura  Machedi near Amber in Jaipur, Sanjay has been active in student politics for the past few years.

Caste equations have apparently played a role in selection of candidates. Students from Meena and Jat community have dominance.

The polling is scheduled to take place on August 28. 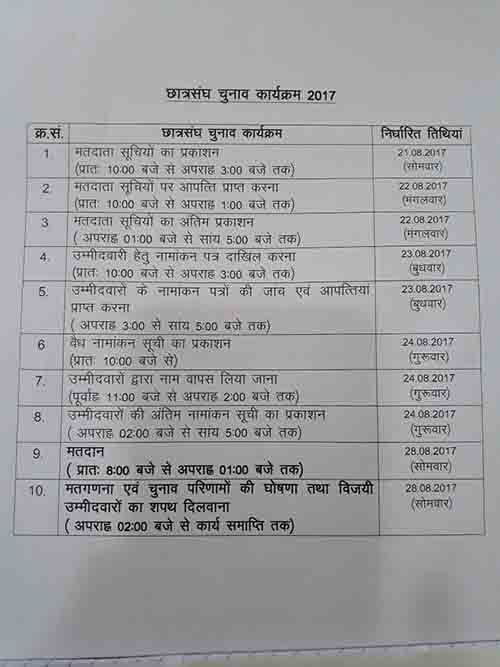 While Rajasthan University administration is predicting the biggest ever participation of student voters in the election, more than half of them have yet not been provided student ID cards. Rajasthan University has nearly 26000 students. As per the norms, students who don’t have ID cards won’t be able to cast votes.

Student leaders will be able to file nominations by 3 pm on August 23. The nomination papers will be checked and objections on them will be received till 5 pm.

The final list of candidates will come out on August 24.

The counting of votes and results will be announced from 2 pm on August 28.