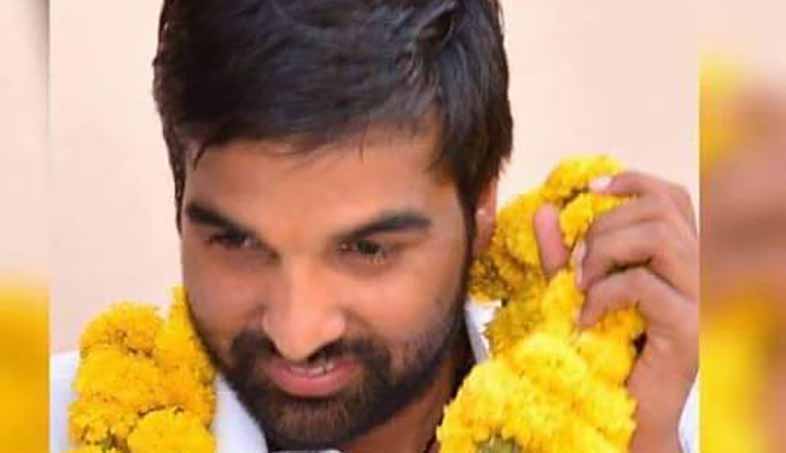 Jaipur: Abhimanyu Poonia was elected as NSUI president. The NSUI election result - 2017 were announced on Tuesday. After the counting of votes that went on for nearly 18 hours, Poonia was declared the winner. He defeated his close contender Abhishek Choudhary by a margin of 1158 votes. Abhimany received 5406 votes, while Abhishek got 4248 votes. Randeep Singh Choudhary was at the third spot with 1355 votes. Abimanyu Poonia had been active in student politics for a long time. He has been General Secretary of Rajasthan University Student's Union. He was also the vice president of Rajasthan NSUI. Read Also:  NSUI Election Results – 2017 in Rajasthan declared; get live updates AFter being elected, Poonia accused Youth Congress leaders of vandalism and conspiracy against him. He said that Youth Congress leader Ashok Chandna hatched conspiracies to ensure his defeat. On a complaint registered by Poonia, the police had earlier registered an FIR against his contender Abhishek Chaudhary. Those named in the FIR inlcude youth Congress state secretary Nemi Gujjar and several others including Rajesh Gujjar, Sunil Singhania, Rakesh Latha, Manoj Lora, Manoj Ghathwal, Jitu Jat Jhalana, Pramod Gujjar, Mahipal Jat, Ashutosh Chaudhar and Ishwar Chaudhary. On Tuesday, Poonia accused Ashok Chandana of attacking him and his supporters. He said that due to differences between PCC chief and Youth Congress president, the Congress party in the state had divided into three fractions. “But despite these fractions, we will strengthen NSUI in Rajasthan,” said Poonia. The elections brought to fore internal politics in Congress. Some senior Pradesh Congress Committee (PCC) leaders were supporting Poonia, while Youth Congress leaders openly came out in the support of Choudhary. Read Also:  NSUI Election Results – 2017 in Rajasthan declared; get live updates Note: Want to share this story with someone? Just click on the WhatsApp or Facebook icon below:
Follow @ThePinkcityPost