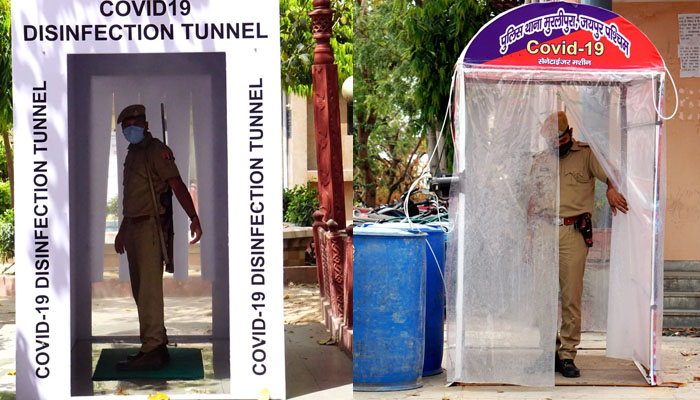 Jaipur: The union government released a list of Coronavirus-affected districts in all states of the country. In Rajasthan, 8 of the 33 districts are still in Red Zone, while 19 are in Orange Zone. Only six districts are in Green Zone.

It is believed that the lockdown restrictions will be determined depending on the situation of the virus spread in each district in the country. So the districts in Red Zone are unlikely to get all lockdown restrictions lifted after May 3. A final decision in this regard is yet to be taken by the state government.

With 917 positive cases, Jaipur is on top of the list of most affected districts followed by Jodhpur with 558 cases, Kota with 204 cases, Ajmer with 161 cases, Bharatpur with 111 cases, Nagaur with 118 cases, Banswara with 66 cases, Jhalwar with 40 cases.

As many as 58 new COVID-19 cases were reported in Rajasthan by 2 pm on Friday. Of them, 18 were reported in Jodhpur, 14 in Jodhpur, 11 in Ajmer, 7 each in Kota and Chittorgarh, and 1 in Rajsamand. The total case count has reached 2642 in Rajasthan. A 26-year-old woman who tested positive for the virus in Nagaur died on Friday. Another victim was a 32-year-old man from Shashtri Nagar area of Jaipur. The third victim – a 62-year-old man – also belonged to Jaipur. He was a resident of Khajano Walon Ka Rasta.